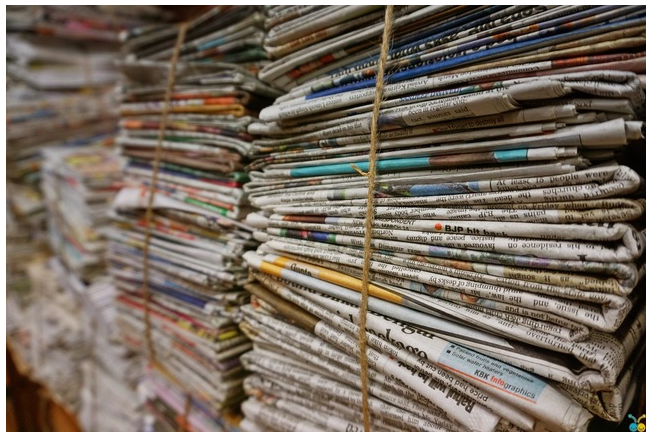 AS governments launch recovery plans in the face of Covid-19, there have been demands for the creation of fairer, more equal societies.

But can the #BuildBackBetter hashtag also be applied to the media?

Traditional journalism has been in decline for years as advertising revenue disappears into the pockets of Google and Facebook.

So far, the focus has been on the impact on the news industry, but what effect is it having on societies, especially those that already face deep divisions or violence?

This question was taken up by Social Change Initiative, a Belfast based organisation that works locally and internationally for positive social change.

It held an international conference in Belfast prior to the pandemic on the role & responsibilities of the media in deeply divided societies.

The event highlighted the importance of supporting journalism, but it also revealed the impact that a weakened news industry is having on mutual understanding in divided societies, including in Northern Ireland.

A panel of prominent voices from within Northern Ireland communities raised a series of concerns.

These included the almost complete absence of black, Asian and minority ethnic communities in media output, the treatment of victims of the conflict, plus the under-representation of deprived communities. The event also raised a widespread media failure to fully reflect Northern Ireland's political, cultural, business and social links to the rest of the island of Ireland, despite connections with the Irish republic being formalised in the 1998 Good Friday/Belfast peace deal.

In the run-up to that agreement, journalism played an important role in the peace process in Northern Ireland, where thriving newspaper titles, commercial TV and state-funded TV helped communities navigate difficult compromises.

But that media landscape has been decimated. Newspaper sales in Northern Ireland have fallen by a range of 35% to 70%. With commercial outlets under pressure, the publicly funded BBC Northern Ireland (BBC NI) has become dominant.

Some newspapers report an upturn in interest in quality journalism as a response to the pandemic, but for most outlets, the existing financial pressures have only deepened.

In the United States, mass job losses in newsrooms and the closure of regional newspapers, have created what have become known as ‘news deserts’.

To avoid news deserts in Northern Ireland’s divided community, conversations will be required on media innovation, on the potential for an independent Northern Ireland Media Fund, and a discussion on the merits of concentrating vast public funding in BBC NI while the rest of the local industry withers.