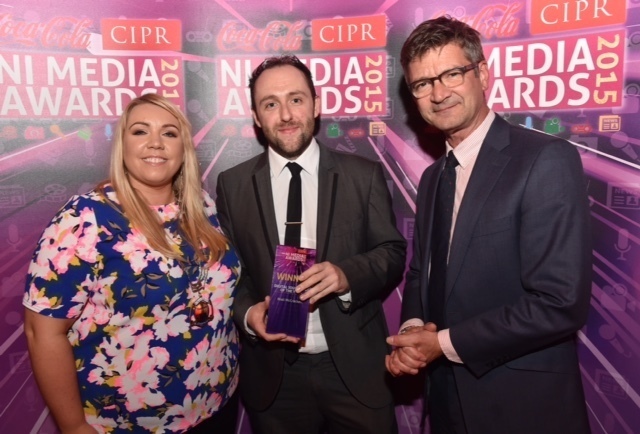 THE Detail has won a series of top honours at the annual CIPR Northern Ireland Media Awards.

Two major titles went to our Senior Journalist Niall McCracken, including the award for Digital Journalist of the Year.

His special reports on accountability in the health service won Campaign of the Year.

Niall won silver in the category of Scoop of the Year for an exposé on the recycling of metals from human remains after cremations in Northern Ireland.

Commenting on Niall’s work the judges said: “The entries were a superb blend of quality investigative journalism and data to produce original stories that really matter to people's lives.”

Our Deputy Editor Kathryn Torney won silver in the category of Digital Journalist of the Year at the CIPR awards.

The Detail website also won silver in the category of Digital Platform of the Year at the Northern Ireland awards.

The successes were the latest in a series of accolades presented over recent weeks for The Detail's journalism.

Last week Kathryn was named the Royal Statistical Society’s 2015 Regional Journalist of the year for a report that revealed suicide had killed as many people as the violence of the Troubles in Northern Ireland.

The Royal Statistical Society's award for Investigative Journalism also went to The Detail.

The accolade was awarded to American journalist Jon McClure for his work on The Detail’s Script Report. The acclaimed project examined 36 million prescription records to show that Northern Ireland has one of the world’s highest prescription rates for antidepressant medicines.

In further awards success The Detail was earlier this month named Best Local/Regional News Site at the prestigious Online Media Awards in London.