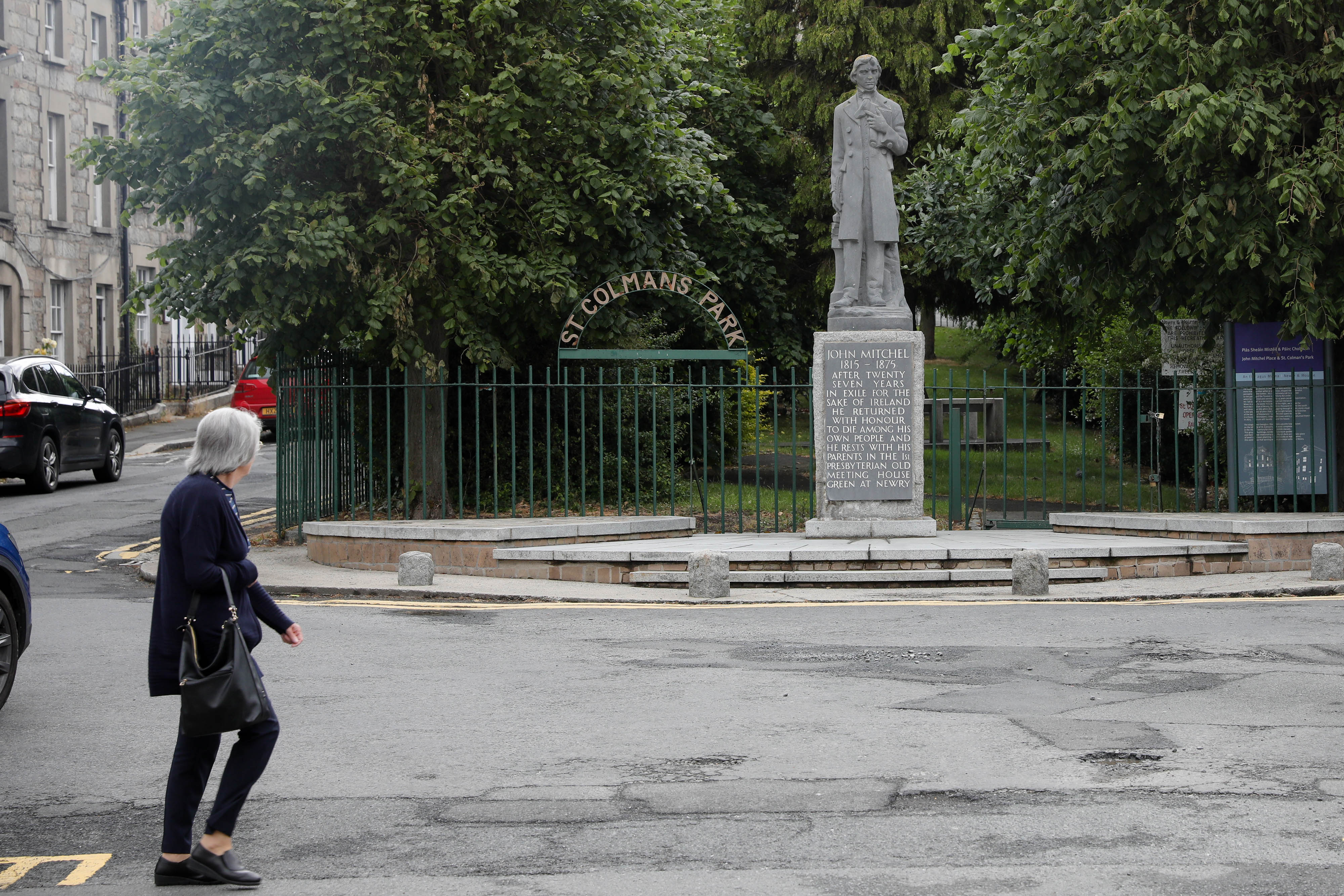 I was in Capetown in March 2015 on a cycling trip when an extraordinary thing happened.

A student at the University of Capetown, Chumani Maxwele, collected excrement from the portable flush toilets near his home, and when his bucket was sufficiently full, he carried it to the front of the university and poured it over the statue that stood at the entrance.

The statue was of Cecil Rhodes, the man who had spearheaded white rule in Africa.

There had been a low-rumbling campus campaign for the removal of the statue for some time but this symbolic act was explosive.

Our tour guide, a liberal Afrikaaner, looked at the front paper of the newspaper I had handed to him with a mix of disbelief and fury. He had been a passionate supporter of Nelson Mandela, but believed that the South African peace process was built upon mutual respect and a non-aggression pact in relation to each other’s symbols.

For example, in 2002 Mandela had linked his name to that of Cecil Rhodes in the creation of the Mandela-Rhodes Scholarships for emerging African leaders, and at that optimistic time it seemed like the liberal embrace might allow for the end of all the old enmities.

“This changes everything”, my tour guide said grimly, handing me back my paper.

He had no idea how prophetic those words would prove to be. Within a month the statue of Cecil Rhodes had been boxed up and moved from the front of the university, but this was only the starting gun for a movement to remove the statues of slave-owners and white imperialists across the globe.

The toppling of the statue of Edward Colston in Bristol, its trundling to the harbour and its deposit in the water, has been the most public and most theatrical.

It has now been followed by the more discreet removal of the slave trader Robert Milligan from outside the Museum of London in the London Docklands area.

The biggest cull though has been in the United States. Following the Charleston Church shooting of 2017, when nine African-Americans were killed while at prayer, there began a concerted attempt to remove all symbols of white supremacy, including all those which celebrated the Confederate South.

According to the civil rights body, the Southern Poverty Law Centre, which has been monitoring this movement, a total of 114 statues were removed between the Charleston shooting of 2017 and June 2019.

The fury unleashed by the death of George Floyd has accelerated this process.

Just after Floyd’s death the Governor of Virginia announced that the most iconic statue of all, that of Confederate General Robert E Lee astride his horse, would be removed from its dominant position in the centre of Richmond – a move that has now become a bitter battle in the courts.

If statues could quake, there would be considerable movement on plinths across the world, including the one in Newry which supports the statue of the radical 19th century nationalist, John Mitchel.

His place in the pantheon of Irish nationalism was secured firstly by his role as editor of the United Irishman, and then following his trial for sedition, by his subsequent Jail Journal.

However in the light of Black Lives Matter, it is his later career in America that has come under renewed inspection.

A petition which has already been signed by over 1,000 people states: "It is a matter of historical record that, by his own admission, John Mitchel was a white supremacist, an apologist for slavery and an advocate for the reintroduction of the genocidal trans-Atlantic slave trade. His statue does not deserve a place of honour in Newry City centre.”

A counter suggestion is that the statue remains in place but that a new plaque should be attached which explains that Mitchel’s legacy is a troubled one.

While that is possible for a statue, what happens to John Mitchel Place in Newry or the GAA Clubs in Newry, Claudy and Belfast named after him?

If the John Mitchel statue does finally go it would not be the first Irish case of statue toppling.

There is an argument to be made that the whole iconoclastic movement began in Ireland long before the Rhodes Must Fall movement. It was in 1966 that Nelson’s Pillar in Dublin was blasted by gelignite, though it was not until 2000 that those responsible admitted to RTÉ that it had been an IRA operation.

There is much debate about when the Troubles actually began, but that moment in 1966, close to the 50th anniversary of the Easter Rising, must be considered with hindsight to be a marking point for the renewal of physical force republicanism.

Equally, the IRA’s detonation of the statue of the hellfire Presbyterian preacher, Hugh ‘Roaring’ Hanna, at Carlisle Circus in 1970 was an early warning that its campaign would have a strong sectarian element to it.

Those looking to blow up, or even just topple, statues of slave traders in Belfast today would have a hard job finding them.

Belfast was not a centre for the slave trade. It is not like Bristol or Bath, or other English cities which owe much of their splendour to slavery.

While it is impossible not to admire the neo-classical elegance of these cities, with their Palladian crescents, terraces and squares, the Black Lives Matter movement reminds us of the connection between that architectural heritage and the moral squalor of the trade that made profit out of manacling men, women and children and shipping them out of Africa to work in the colonies.

Now that the hidden history of slavery is being revealed, most notably by the Legacies of Slave Ownership project at University College London, a light is being shone on Irish slave-owners.

Amnesty International has directed attention to the case of Charles McGarel, whose name is commemorated through the home of Larne Council, McGarel House.

McGarel was the owner of some 2,500 slaves, and following the abolition of slavery in 1833 was compensated handsomely for the loss of ‘his property’.

He was just one of around 100 Irish slave owners to have made their fortunes out of the trade in demerara sugar.

To their enormous credit the radical Presbyterians of Belfast who formed the United Irishmen took a strong moral stand on slavery. They campaigned against a proposal by local businessmen to develop Belfast as a port in the slave trade and helped create a climate of moral disapproval.

The first librarian of the Linen Hall Library, Thomas Russell, made a point of not eating anything containing sugar, saying that every time he saw a lump of sugar he could see the drop of blood on it.

The Belfast News Letter in an editorial in 1786 reasoned: “That the Africans are an inferior link in the grand chain of nature is a prejudice, which has been indulged in and propagated by Europeans.”

In 1791 Belfast radicals played host to Olaudah Equiano, the celebrated freed slave, whose autobiographical book did much to turn public feeling against the slave trade.

The following year the Northern Star newspaper was founded in Belfast and it campaigned strongly, along with the First Presbyterian Church in Rosemary Street, to ensure that the city maintained its opposition to any of the trading companies carrying humans out of Africa to the plantations.

As a result of their efforts Belfast may not have the same architectural heritage as some of the English cities.

Larne may have McGarel House, but the radical politics of Belfast at the end of the 18th century has left the city something different, a moral legacy that deserves to be acknowledged.