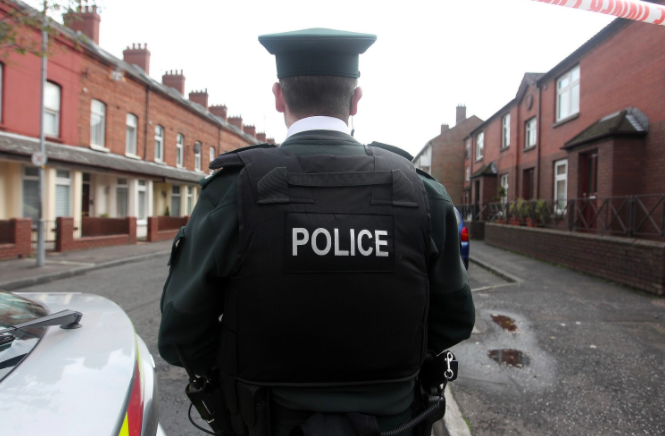 THE Police Ombudsman’s office investigated 134 allegations of sexual assault against police and civilian detention officers in Northern Ireland in the five years up to March 2020, according to figures released to The Detail.

Some officers had multiple allegations of sexual assault against them, with three officers being accused on three separate occasions each, while a further officer was accused twice.

In addition, only one of the 134 sexual assault complaints resulted in a disciplinary recommendation being made by the Police Ombudsman’s office.

The Police Ombudsman's office investigates complaints made against on-duty Police Service of Northern Ireland (PSNI) officers by members of the public, with some off-duty incidents also investigated by the office if a person's status as a police officer is deemed relevant to the complaint against them.

Leading sexual trauma charity Nexus NI has said the high level of allegations, combined with the very low instances in which action is recommended, is concerning and it has called for new protocols to be put in place.

The charity also said that sexual assault involving police officers “routinely goes unreported”, as victims may fear retaliation from the police officer or their colleagues.

Nexus added that the findings show there is a “culture among our police officers who believe they can take advantage of victims they encounter”.

This news follows London Metropolitan Police officer, Wayne Couzens, being sentenced to life in prison after he was found guilty of kidnapping, raping and murdering 33-year-old woman, Sarah Everard. While presenting to his victim as if he were on-duty, Couzens was off-duty when he committed his crimes.

Data obtained from 31 police forces throughout Great Britain shows 750 allegations of sexual misconduct were made against those forces’ officers between 2016 and 2020 with at least 34 of these cases resulting in dismissal. It is not known whether these officers were on-duty or not.

However, former Nottingham police chief, Sue Fish, recently spoke to the The Times about how “sex on duty was seen as a perk of the job” for some of her former colleagues.

UUP Policing Board member, Mike Nesbitt, told The Detail that while “not all allegations”, relating to the Police Ombudsman investigations in Northern Ireland, are “necessarily true” the headline figures are “disturbing”.

Mr Nesbitt said: “Conversations have taken place at the Policing Board with Deputy Chief Constable Mark Hamilton, who shares my concern that vulnerable people could fall prey to an unscrupulous officer prepared to abuse both their position and the victim.”

The Strangford MLA also raised concerns that close to 40% of the complainants disengaged with the Police Ombudsman’s office during its investigation process.

Alliance’s South Antrim MLA and Policing Board member, John Blair, told The Detail: “All reports of this kind are a matter of the utmost concern and it is particularly worrying the allegations of repeated patterns.

“I will raise this matter through the Policing Board and will discuss what protocols and action plans are in place when allegations like these are made against PSNI officers.”

Meanwhile, Nexus believes there needs to be a “more empathetic, consistent support mechanism” in place for handling these cases.

The charity said: “One factor that contributes to the perpetration of sexual assaults is power between police and their victims.

“It is very difficult for a victim or survivor of sexual assault to report abuse, and further heightened when their perpetrator is a PSNI officer.”

Only one of the 134 allegations of sexual assault against officers was upheld. One further case remains under investigation.

The Police Ombudsman’s office said that in 61 of the 132 remaining cases there was insufficient evidence to prove either criminality or professional misconduct, and that in some of these instances CCTV may have shown the officer “acted properly and in accordance with the law”.

In a further 51 cases, the ombudsman’s office said the person who made the allegation “did not fully cooperate” with its investigation.

In 11 of the cases the person who made the complaint later withdrew it and in a further nine cases the Police Ombudsman's office closed the case for ‘other’ reasons, such as a duplicate complaint being submitted by the person involved and their solicitor.

“Investigators have the powers of a constable and investigate complaints of sexual assault to the standards that would be expected of a police service,” the Police Ombudsman’s office told The Detail.

The office also said it can only investigate complaints against officers “which relate to their professional duties”.

However, when asked, the PSNI would not disclose how many, if any, sexual assault allegations have been made against off-duty officers.

In addition, the ombudsman’s office does not have the ability to investigate complaints made by PSNI officers against other officers.

Alliance MLA and Policing Board member, John Blair, who has raised concerns about The Detail's findings. Photo by Stephen Hamilton, Press Eye.

The investigative website The Ferret previously reported that for the period 2010-2015, only 1% of sexual assault complaints against an officer were upheld, meaning the trend has not changed.

The article was written by Lyra McKee, who was shot dead by dissident republicans in Derry in 2019.

She reported that the PSNI settled out of court with one alleged victim prior to 2015, even though the ombudsman investigation into this person’s complaint cleared the officer accused of the sexual assault.

The PSNI declined to release any information on settlements relating to the more recent figures uncovered by The Detail.

Meanwhile, Nexus has called for more transparency and for the figures on PSNI officers accused of sexual assault to be routinely published. The charity said: “All sexual assaults are a serious matter.

“However, when it is happening within our police force our society have a right to know, the action being taken and the procedures...to support the victims and survivors of sexual assault.”

Nexus also called for the introduction of new protocols regarding these cases to ensure there is accountability.

There can be occasions when a complaint against an officer has a sexual element but does not reach the level of sexual assault.

In August 2021, PSNI officer Mark Goddard was sentenced to two years in prison for misconduct in public service, including for engaging in a consensual sexual relationship with a vulnerable woman with substance abuse problems that he encountered as part of his duties, with the judge saying he “abused” his “position of privilege and power".

The Police Ombudsman’s office said: “Although this investigation addressed the improper sexual relationship pursued by a serving police officer with a vulnerable woman whom he met during the course of his professional duties, it was not an investigation of sexual assault.”

In addition, the PSNI can internally investigate their officers on allegations of sexual misconduct. The Belfast Telegraph reported that there were 39 such internal investigations in the past five years, four of which were upheld.

Separately, The Detail previously revealed that there were 66 complaints of domestic abuse – including assault, sexual abuse and emotional abuse – made against police officers in the six years between April 2015 and March 2021.

Speaking on BBC Radio Ulster's Talkback programme about officers guilty of sexual misconduct, Deputy Chief Constable Mark Hamilton said: "Be under no illusions, I don't want them in the police service."