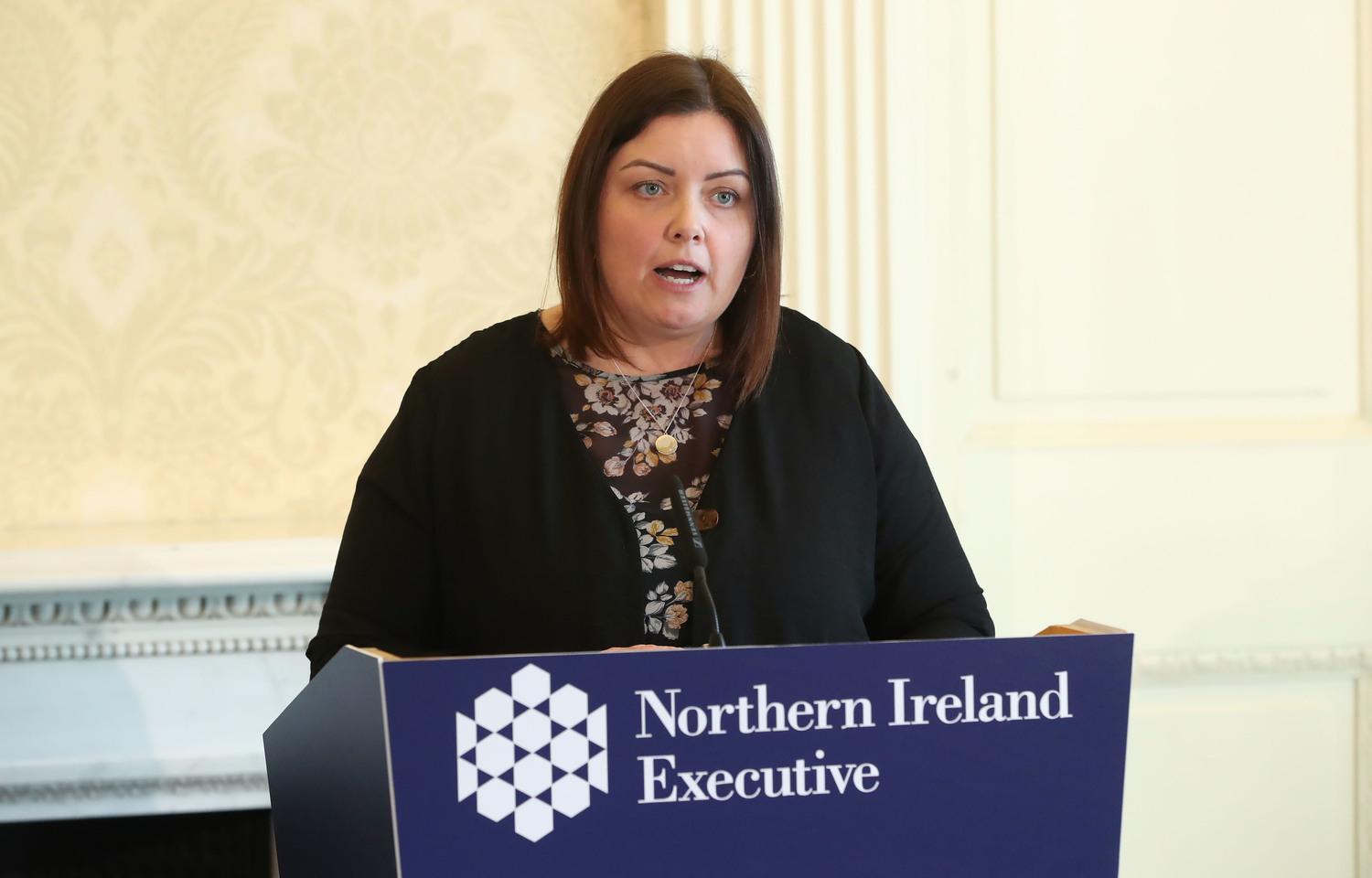 PRESSURE is being put on Sinn Féin to apply its southern housing policies to a major piece of public land, under its control, in a party stronghold.

The site of the former Mackie’s textile factory is in the constituency of West Belfast, where Sinn Féin’s Paul Maskey won 54% of the vote at the most recent general election in 2019. It’s also where Gerry Adams spent over 20 years as MP.

The vast majority of the site, around 30 acres, is owned by Stormont's Department for Communities (DfC). DfC is responsible for housing development and Sinn Féin's Deirdre Hargey is DfC Minister.

Participation and the Practice of Rights (PPR) is a Belfast-based human rights organisation which campaigns about housing rights and land reform throughout the city.

"In the south, Sinn Féin are championing policies which maximise sustainable housing developments on available land as a priority in addressing the housing crisis,” said PPR director, Dessie Donnelly.

“We need these approaches at Mackie’s to address the housing crisis on this side of the border.”

“The persistence of such interfaces represents a clear failure in our approach to dealing with sectarianism over the last 20-years,” Mr Donnelly said.

“These issues go right to the heart of how business has been done to date and why we need a new way forward that isn't rooted in sectarian carve-ups, but in delivering human rights and equality.”

Entrance to the Mackie’s site is a five-minute-walk from the gate at Lanark Way, the epicentre of last month’s outbreak of rioting which began on the loyalist side and spread across the divide.

Many of the conditions associated with the city’s troubled past still persist in this part of west Belfast.

Mr Donnelly said: “The recent riots happened in the absence of a thriving community at the Mackie’s site. That fact should not be overlooked.

“Sectarian interfaces – and the vast swathes of empty land adjacent to them – reinforce division, compound deprivation and attract disturbances.”

PPR’s director also referenced how trouble in this area happens often, going unreported, and not just “when young people are pawns in an orchestrated political campaign”.

In addition to the sectarian division of housing in west Belfast, The Detail previously reported on how the area was the part of the city in greatest need of more social housing – with official statistics showing in 2018/19, it had a need for over 2,200 more social homes.

Mr Donnelly said the homelessness problem in west Belfast has only worsened in recent times, particularly during the Covid-19 pandemic.

He also said PPR has had “positive engagements” with Sinn Féin's DfC Minister Hargey and her party colleague Carál Ní Chuilín, who held the DfC ministerial post during a period last year when Ms Hargey was unwell.

Mr Donnelly added that his organisation welcomes some of the steps which Sinn Féin has taken since it took over the housing brief in the north in January 2020, but he is less positive about the party’s approach at the Mackie’s site. 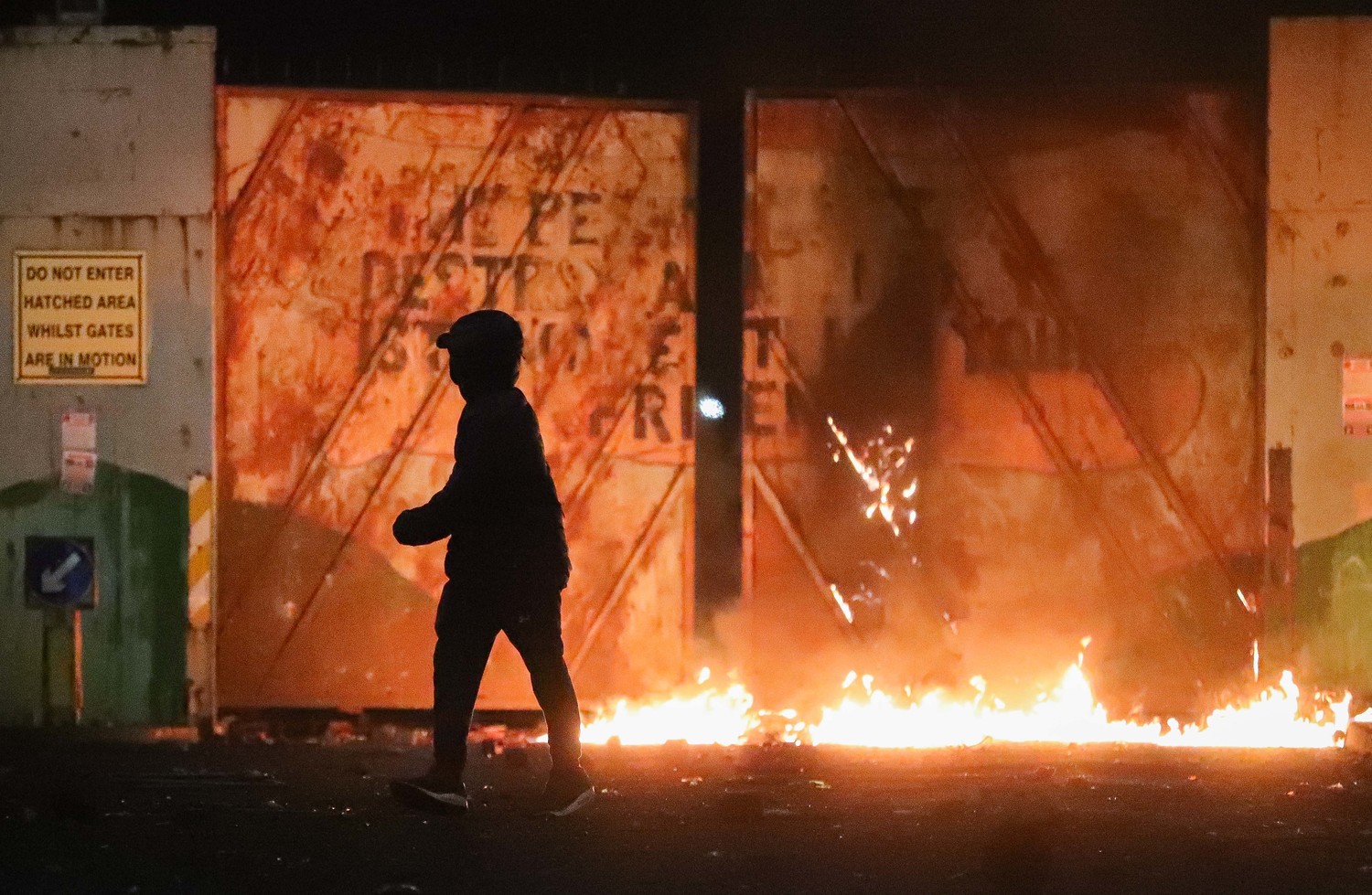 The Detail previously reported on a ‘masterplan’ for Mackie’s and the surrounding area which includes the development of a ‘greenway’ and a proposed private housing development.

In order to deliver this project, the DfC is planning to transfer land to Belfast City Council. However, there is no commitment to any social housing on the Mackie's site from the statutory agencies central to this plan.

Mr Donnelly said: "Officials are moving forward with this agenda and an intervention is urgently needed from the minister and Belfast City councillors to deliver on human rights and equality obligations."

A few months ago Stormont's Department for Infrastructure (DfI) Minister, the SDLP's Nichola Mallon, sent correspondence to both the Belfast City Council Chief Executive, Suzanne Whylie, and Communities Minister Hargey about the current proposals for Mackie's and the greenway.

Minister Mallon outlined how her department is planning to provide some funding towards the “development of the Forth Meadow Community Greenway”.

She also stated the following, in correspondence seen by The Detail, to both Ms Whylie and Minister Hargey: “The greenway route will traverse the old Mackie’s site.

“I believe that it is important that we work together to ensure this important site is developed with a holistic approach that will complement much needed new social and affordable housing development."

While commending the positive impact a greenway could have, Minister Mallon added: “I am also very supportive of providing social and affordable housing for people and see the greenway as a positive complementary benefit to any such development.”

PPR’s Dessie Donnelly welcomed the DfI Minister’s intervention and said: “Mackie’s is a quarter of the size of Belfast City centre with plenty of potential.

“Housing, greenways and sustainable community development go hand in glove and we look forward to continuing to work with the minister to realise the full potential of this public resource.”

In her correspondence, Ms Whylie confirmed she was aware of PPR’s ambition "to bring forward housing on the Forth Meadow/Mackie’s site".

She added: “The council has been working closely with DfC on the land which is required for the Forth Meadow Community Greenway project as the majority of the land remains under their ownership.

“Through these discussions we are aware that the department is looking at potential opportunities to take forward housing where possible including the potential for the Forth Meadow site.”

Meanwhile, Minister Hargey told us she “would be content to discuss the end use of the site once the extent of any residual land is known” and that “there may be an opportunity for social housing on any residual land which will need to be thoroughly assessed with all stakeholders”.

However, the Sinn Féin minister also said: “There are currently no plans for social housing on the Mackie’s site.”

PPR’s Mr Donnelly said: “There is an avoidance of public or social housing.

“We squander golden opportunities to address homelessness and increase the diversity of our communities in order to appease sectarian interests. The plans for Mackie’s entrench sectarian division and territorial claims.”

Mr Donnelly also confirmed that PPR has submitted a formal complaint to the council, outlining concerns about the equality screening process that has been carried out regarding the Mackie’s site. The complaint remains under investigation.

Mr Donnelly added: “We have written to all councillors on the planning committee seeking an urgent meeting before council officials present these plans for approval.”

Meanwhile, Minister Hargey told us her department has not yet completed an “equality evaluation” despite what Mr Donnelly described as PPR’s “repeated requests”.

He continued: “The minister and her party colleagues have championed equality impact assessments across Stormont departments to protect and enforce the Belfast/Good Friday Agreement, but such enthusiasm has been lacking regarding Mackie’s.”

While PPR, as an organisation, promotes new housing developments as a means to tackle sectarian division in communities in Belfast, some people who live in interface areas have concerns that radical change could impact their security.

The council told us it has engaged with police regarding “ongoing anti-social behaviour” at Mackie’s.

In addition, the DfC confirmed that Minister Hargey and department officials have held discussions with both the Clonard Residents Association – which senior republican, Sean Murray, is a director of – and the Clonard Neighbourhood Development Project “regarding concerns the local community would have if housing is built on this site”.

However, Mr Donnelly said: “We share many of these concerns. Sectarian violence must end and people must be free to go about their work and lives in peace.

“Any concerns about threats of violence should be made public and reported to the appropriate authorities to address, but let’s be clear about this; sectarian violence, or the threat thereof, can no longer be allowed to determine housing policy.

“This approach is what we have right now and it has utterly failed us. It is time for a totally new approach and Mackie’s is the place to make it happen.”