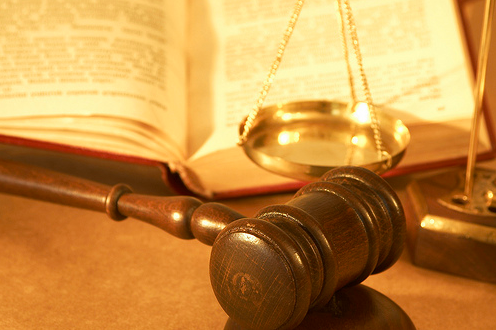 THE Department for the Economy (DfE) has been criticised for not producing annual reports on employment tribunals in Northern Ireland.

It has been almost a decade since the Department of Employment and Learning, a precursor to the DfE, published its last annual employment tribunal report in 2012/13.

The DfE has told The Detail it is not under a statutory obligation to produce such reports, which would provide accessible information on how cases are handled in Northern Ireland.

A department spokesperson also said that the legislation which governs employment tribunals has “undergone a regulatory impact assessment and equality screening”.

However, employment solicitor Rosemary Connolly doesn’t believe this is adequate.

She told The Detail: “Without an annual report it is impossible to know how many cases actually proceed to a full hearing in any given year and, therefore, the rate at which cases are dealt with.”

The Industrial Tribunals and Fair Employment Tribunal is an independent judicial body which oversees employment-related cases, but rather than falling under the responsibility of the Department of Justice (DoJ), it comes under the DfE instead.

The DfE told us 53 cases proceeded to full hearings and had “been adjudicated on” between October 2020 and June 2021, but did not provide a figure for the period from March 2020 – the beginning of the Covid-19 pandemic – until October 2020.

However, Ms Connolly is concerned about the ramifications of the closure of Killymeal House in Belfast, where Northern Ireland’s employment tribunals normally take place, as a result of the pandemic. 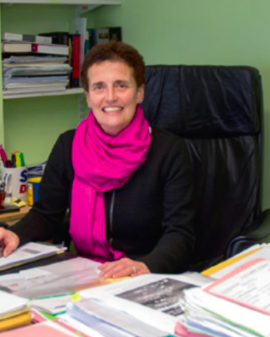 The solicitor added: “This would not equate at all to the norm for an in-person hearing and in many instances where contested evidence is to be given and evaluated it seems there would be concerns about whether this could be done in a meaningful way.

“Unfortunately, it would appear that the physical properties of Killymeal House do not allow for the resumption of hearings within a hearing room where all parties are present, together with the panel at the same time, and the current proposals mean that only a very small number of actual full hearings could proceed on any given day.

“Other facilities have been provided by the sponsor department but, again, this is apparently a temporary arrangement only.”

The DfE said it has “provided two hearing rooms in Adelaide House” instead of Killymeal House “until at least Friday October 1, 2021, and is considering alternative arrangements, if required, should Adelaide House cease to be available from that date”.

The department also said it’s content that hearings are meeting their legal requirements.

In addition, the closure of Killymeal House caused 151 full hearings to be postponed. However, 97 of those cases have since “been disposed of".

The DfE said: “A further 38 cases have since been listed for hearing; 16 cases are subject to further case management with the parties to enable the listing of those cases.

“Seventy-five (49.7%) of these (151) cases included claims in respect of unfair dismissal; 67% of those cases have been disposed of, a further 27% have been listed for hearing and 6% are subject to further case management.”

While the DfE added that tribunals will return to full in-person hearings in Killymeal House as and when easing of restrictions allows, Ms Connolly said: “The concern remains that there will be considerable delay for individuals whose cases are not withdrawn and which cannot be resolved short of a full hearing.

“Inevitably the adverse effects of this are likely to weigh heavily on claimants, but also upon employers in the sense of having ongoing cases ‘hanging over them’ for protracted periods of time.”

The DfE has maintained there was no backlog of cases prior to the Covid-19 pandemic and that “progress had been made” to dispose of cases in a “timely manner”.

The Detail can confirm there were approximately 11,000 non-holiday pay or pension-related employment claims “awaiting determination” as of March 2020, but it is not known how many such claims have been lodged since then.

Ms Connolly said: “There is a concern that there will be a growing backlog of cases which require to be determined by way of a full hearing.

“It is difficult however to be clear about this since in the absence of an annual report it has not proved possible to establish clearly the precise number of cases which have been lodged since March 1, 2020.”