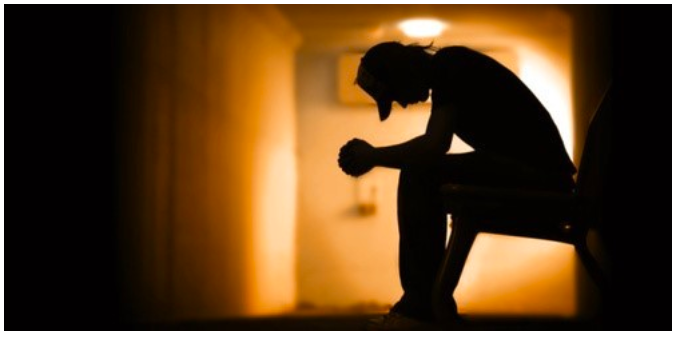 SUPPORT for those with mental ill-health during COVID-19 is “wholly inadequate” and lacking a coherent strategy, according to a man whose nephew has severe mental health issues.

Wishing to remain anonymous to protect his nephew’s identity, the man accused the Department of Health (DoH) of “failing families like ours”. He said his family felt particularly vulnerable due to the health crisis.

A statement provided to The Detail by a DoH spokesperson referenced five steps which “everyone can take” while staying at home which are to connect, be active, take notice, keep learning and give.

However, this advice fails to address the particular challenges faced by those with serious mental illnesses.

The uncle of the young man with mental health issues, said: “The DoH response shows how the public at large can look after their own mental health at this time, but there is no coherent strategy which would provide any sort of comfort, guidance or safeguards to a family like ours.”

His nephew has “severe anxiety and paranoia – has suffered a brain injury – and has a history of running away when he gets distressed”.

He continued: “My nephew’s ok currently, but we have to be so vigilant. With everything that is going on in the world right now, we worry that he may take a turn and run away again.

"It's likely many other families also need more support over what to do, but it’s severely lacking. Families are left to fend for themselves.”

SDLP MLA, Mark H Durkan, is the Chairman of an all-party Stormont group on mental health.

He told The Detail, while strategies have been put in place “right across the board” to tackle the impact of COVID-19, he feels it’s clear that “mental health requires its own exclusive plan of action”.

Mr Durkan continued: “While it is crucial everyone takes time to look after their mental health during this worrisome, uncertain period, I fear that the DoH’s guidance is not suitable for all.

“For those with existing mental health issues this pandemic will no doubt exacerbate their condition. There must be a mechanism for these individuals during such trying times to ensure they can access the help they need, when they need it.

“There needs to be a comprehensive approach to this crisis in order to safeguard our most vulnerable.”

Jay Buntin is an 18-year-old, who has just finished upper sixth at Lisburn’s Wallace High School this year. He co-founded the charity, Pure Mental NI, in August 2019 with his friend Matthew Taylor.

Pure Mental NI aims to raise awareness of mental health issues impacting young people inside and outside of school environments.

Jay told The Detail that many teenagers are very anxious about how COVID-19 will impact their grades.

He also advised teenagers to stay in contact with their friends where possible, as isolation can be a big problem for young people, especially those who “don’t have a great family dynamic”.

Jay continued: “The whole idea of being stuck in the house for some is almost unbearable.

“It’s fine to have a general strategy for all of society, but when you look at the specific circumstances of people with specific conditions, who have paranoia or anxiety, those issues need to be addressed.

“It is understandable that the DoH is extremely busy in dealing with a pandemic, but that doesn’t mean that they should be ignoring mental health.”

A DoH spokesperson told The Detail that there is a helpline which can be called, where those in distress can reach trained counsellors, but the concerned relative – who came to The Detail due to his nephew's situation – feels there must be more practical guidance available than just this.

He said that mental health was “near the top of the news agenda” prior to the COVID-19 outbreak, but the issue "appears to have been forgotten about".

While the lockdown may be ended within weeks, he’s concerned that there could be a long-term, even permanent, impact on those with serious mental health issues.

“Individuals with mental ill-health are some of the most vulnerable people at this time and the DoH, and other health authorities, need to support them,” he said.

“I would call on our politicians to unite and implement a clear and decisive mental health plan for facing COVID-19, which would support families like ours to combat the daily challenges we currently face.”

A spokeswoman for the charity, Action Mental Health, told The Detail: “Any interim mental health action plan and subsequent strategy will need to take account of the potential impact of COVID-19 on our population’s mental health.”

She added that after recently meeting with the First Minister and deputy First Minister, Action Mental Health was reassured “even with the unprecedented pressures brought about by COVID-19 that work will continue in the DoH on the development of a mental health strategy for Northern Ireland”.

The New Decade, New Approach deal outlined that the Stormont Executive will publish a mental health strategy by December 2020.

Action Mental Health’s spokeswoman continued: “We need to make sure people have access to information and tools to help build their resilience as well as ensuring people can access crisis support and specialist services where these are required.”

She also said that Action Mental Health had reshaped its service delivery for “when face to face support is no longer practical”.

Derry MLA, Mark H Durkan, added: “It is my understanding that various charities such as the local Community Crisis Intervention Centre, are still operational albeit over the phone. However, this limited capacity in mental health provision may place some individuals at greater risk.

“The Executive started 2020 by making a commitment to tackling the mental health crisis within our communities; they must uphold that promise no matter the challenges.

“Managing and coping with the far-reaching impact of COVID-19 is the priority for all right now, as it should be.

"Unfortunately, the inevitability is that other pressing concerns, including adequate mental health provision has been put on the back burner – not receiving the attention or the resources it deserves.” 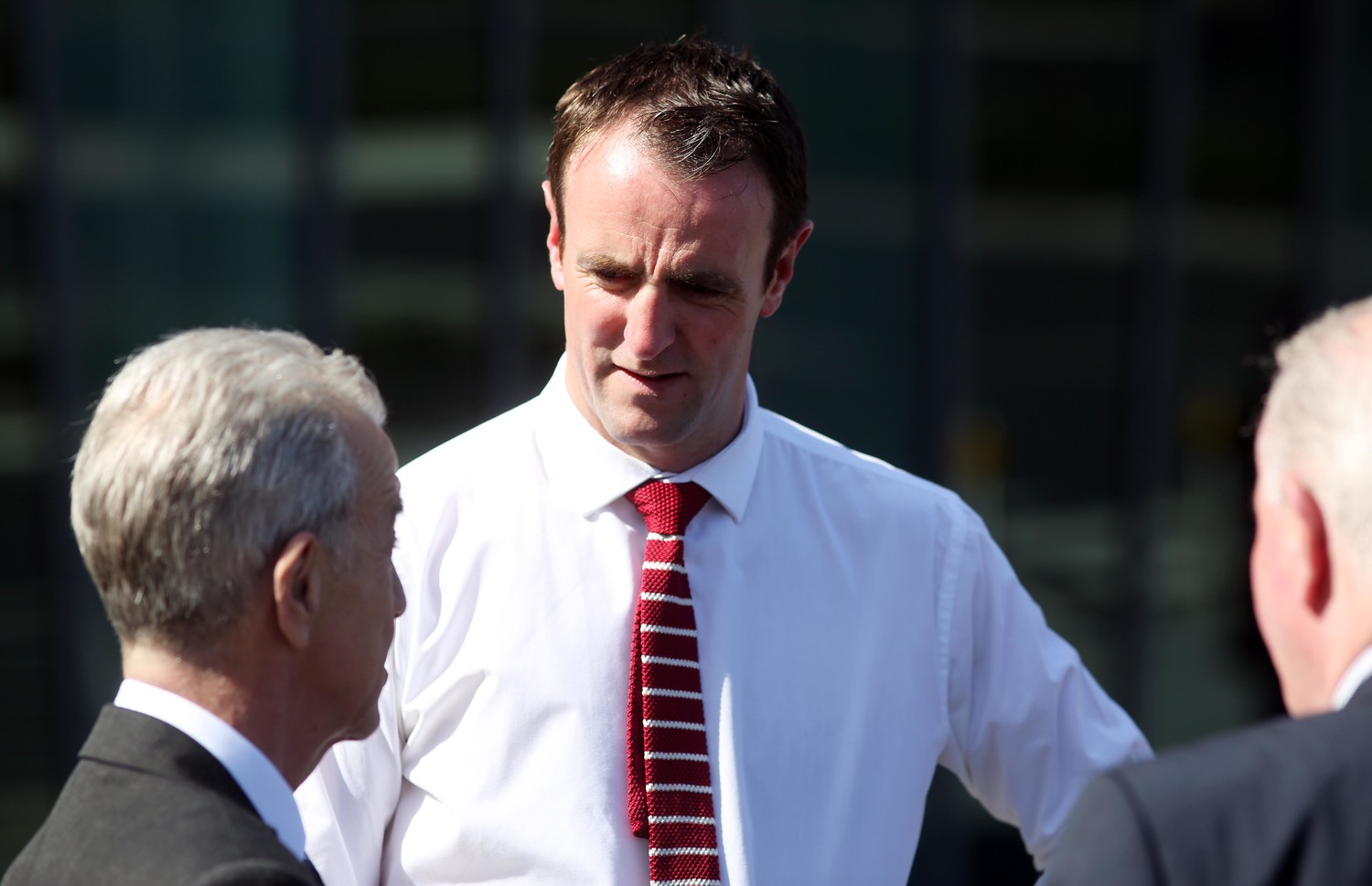 The Detail revealed in an article published in November 2019 that the Regulation and Quality Improvement Authority (RQIA) doesn't regulate either inpatient or community mental health services in Northern Ireland, and that it also doesn’t even inspect the community services (click here to view the article).

Northern Ireland’s mental health services, therefore, have less legal oversight and scrutiny than each other jurisdiction in the UK.

The concerned uncle called on Health Minister, Robin Swann, to implement change with regards to the regulation and inspection of mental health services, as part of a COVID-19 mental health action plan, claiming “effective oversight is even more important during this public health crisis when resources are stretched”.

Mark H Durkan, previously told The Detail the current situation, in relation to how mental health services are scrutinised in Northern Ireland, runs the risk of a “dereliction of duty”.

He added: “This is a considerable and indeed inexplicable oversight. The simple fact that mental health services here do not have the same protections and legal framework afforded elsewhere on these islands, is a disgrace.

“The failure to properly regulate the quality and standards of our mental health provisions is in effect, failing some of the most vulnerable people in our society.”

Robbie Butler, the UUP’s mental health spokesperson, told The Detail that all health and social care should be properly regulated and inspected, including "community and inpatient mental health services".

The DUP’s Gavin Robinson said: “Mental health services should be subject to the same regulatory oversight and inspection regime as the rest of health care.”

When asked, Alliance’s health spokesperson Paula Bradshaw said she also felt that the RQIA should be empowered to regulate and inspect both community and inpatient mental health services.

Mental health academic, Siobhan O’Neill, added that this would “improve the public’s confidence in the quality of the services provided”.

The Detail’s initial point of contact, the man concerned about his nephew’s well-being, concluded: “To have the five main political parties saying all this, as well as one of the country’s foremost experts on mental health, there has to now be change regarding regulation and inspection and it should come alongside an all-encompassing COVID-19 mental health plan.

"This should come as a matter of urgency to protect society's most vulnerable, including my nephew, for the duration of this crisis and beyond, as it is likely there are going to be many mental health challenges created as a result of COVID-19."