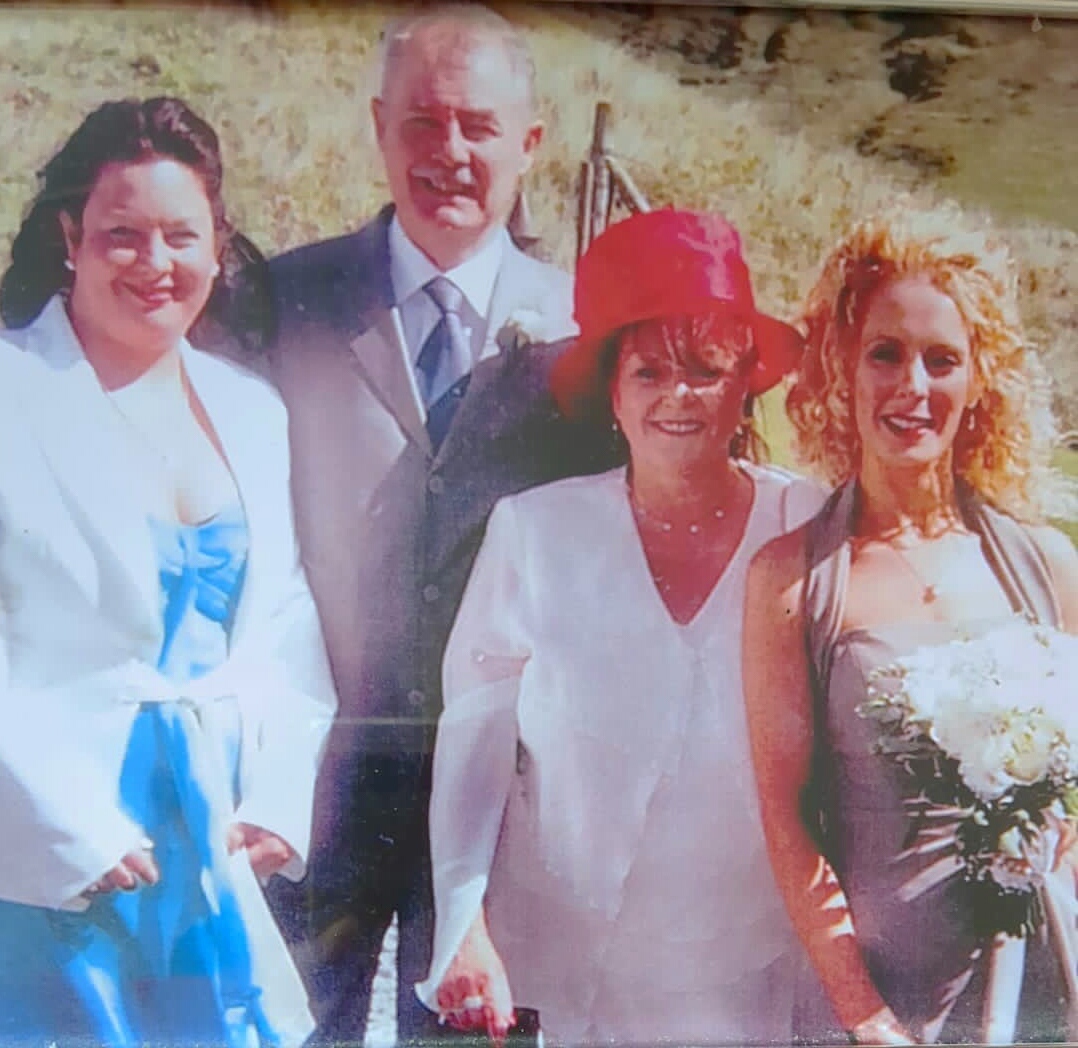 MORE than two-fifths of a sample of Dr Michael Watt’s deceased patients were given an insecure diagnosis, a report has found.

The report, published today by the Regulation and Quality Improvement Authority (RQIA), included reviews of 44 of the former Belfast Trust neurologist’s deceased patients.

It highlighted a litany of failings including that:

Dr Watt has been at the centre of a public inquiry and a recall of more than 5,000 patients – the biggest in the history of the health service in Northern Ireland.

Today’s RQIA report comes more than four-and-a-half years after a review of deceased patients’ cases was launched in May 2018.

One of the deceased patients, Sarah (Ciss) Carabine, was 65 years old when she was first referred to Dr Watt in August 2015. The Belfast woman died three years later.

Ciss had motor neurone disease (MND) but Dr Watt failed to diagnose her with the condition.

Orlá Carabine, Ciss’ daughter, said the statistics in the RQIA report are “stark” and “really shocking”, but told The Detail: “I don’t think we were really that surprised by it because we were expecting it to be bad.”

As part of the review, experts from Royal College of Physicians (RCP) were asked by the RQIA to assess the 44 patients’ cases.

The RQIA report highlighted serious issues with Dr Watt’s work including: poor prescribing practices; poor record-keeping; inaccurate diagnoses; poor communication with other clinicians, patients and their families; inappropriate treatment of patients; a lack of transparency, and an inadequate approach to investigating patients’ conditions.

The RQIA’s Chair, Christine Collins, said: “Family accounts starkly illustrate how failings by an individual practitioner, and by the system, led to deep human impacts and resulting harm – both to the deceased patients and to their bereaved families.”

However, Orlá Carabine said the report's findings did not reveal any new information about her mother's case.

“We believed that every question we had was going to be answered, but it was basically them just telling us what we already knew,” she said. 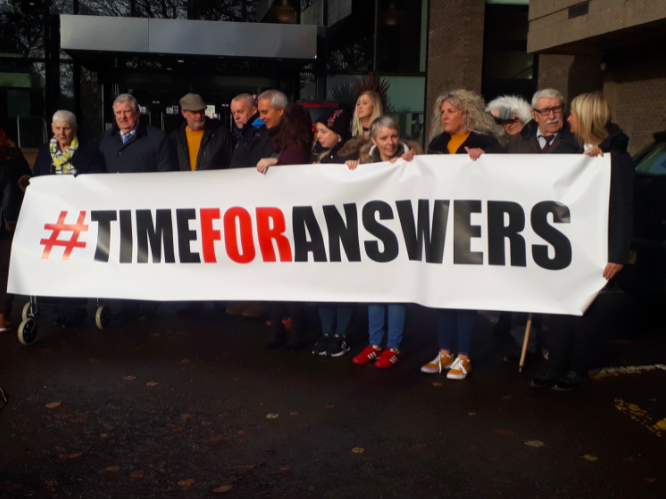 People impacted by the Dr Watt scandal protesting outside the Department of Health.

The RCP experts made a series of recommendations, including that the RQIA should ensure patients have direct access to doctors’ letters and that doctors work in proper multidisciplinary teams rather than in isolation.

The RQIA said it will continue to monitor the Belfast Trust’s implementation of the recommendations and “respond appropriately to the findings of individual complaint investigations”.

However, Orlá Carabine said she had “no faith” that there will be any changes in the healthcare system and that the RQIA report “felt like a box-ticking exercise”.

“When I read the part of the report which applied to us, I felt that they gave us the very minimum,” she said.

The Belfast woman also called on the Police Service of Northern Ireland (PSNI) to investigate the report’s findings.

A PSNI spokesman told The Detail: “Police are currently considering the findings of the various reviews/investigations namely the General Medical Council, the RCP, the RQIA and the Independent Neurology Inquiry.

“We will continue to liaise with the RQIA, DoH and Public Prosecution Service – and will consider all relevant material before determining whether or not it will be necessary to conduct a formal investigation.”

‘Rushed into providing diagnoses of epilepsy’

According to the RQIA report, Dr Watt was sometimes “quick to arrive at a diagnosis without first establishing that the clinical criteria underpinning this diagnosis had been met”.

The report said the former neurologist had a “tendency to diagnose epilepsy quickly” and often did not arrange for further investigations to confirm an epilepsy diagnosis.

One of the 44 deceased patients, Ruth Armstrong, had been diagnosed with focal seizures, which are consistent with epilepsy.

The RCP found “there were potentially better alternative diagnoses” to epilepsy but there was no evidence that Dr Watt “properly considered these or took sufficient steps to ensure that the diagnosis was as accurate as possible”.

Her son Colin told The Detail: “Today’s report gives further evidence to the concerns that Dr Watt rushed into providing diagnoses of epilepsy to patients and prescribing them anti-epileptic medication without performing essential tests and procedures.” 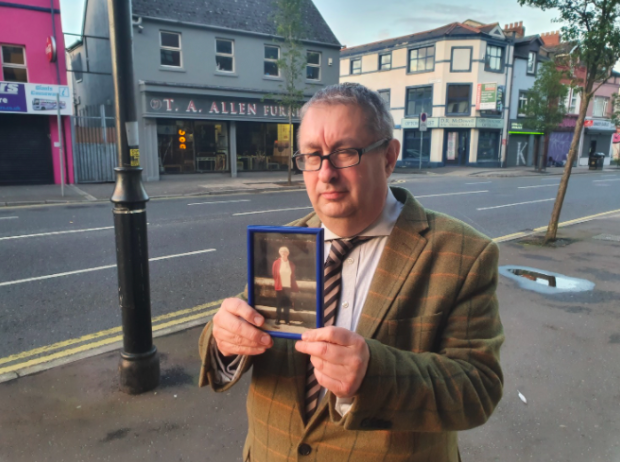 The RQIA report acknowledged that the RCP’s review was limited and some of the available patient records may not have been complete.

“The (RCP) expert panel had access only to the clinical records of the deceased patients,” the report stated.

“They did not have direct contact with other records or with people/staff who had knowledge of the particular record/patient.

“Many of the records were found by the expert panel to be very limited and may have contained significant omissions.”

Some families have expressed wider concerns that only a fraction of Dr Watt’s deceased patients’ cases have been reviewed.

The RQIA was commissioned by the Department of Health (DoH) in May 2018 to review the records of all of Dr Watt’s patients – around 3,500 people – who had died in the preceding decade.

Today’s report does not clarify why only 44 patients’ cases have been reviewed so far.

An RQIA spokesman told The Detail: “The review has been conducted in a phased manner, with the methodology and scope of the approach agreed with the DoH.

He added: "Decisions on any future phases of this review are a matter for the DoH.”

The DoH was asked if it will make funds available to ensure that all deceased patients' cases will be reviewed by the RQIA, but the department declined to respond.

Receive The Detail story alerts by email
'All our friends come here.' How a lunch club became a lifeline for the elderly Chinese community
​​PSNI admits it should have told Loughinisland journalists about review which criticised handling of their arrests