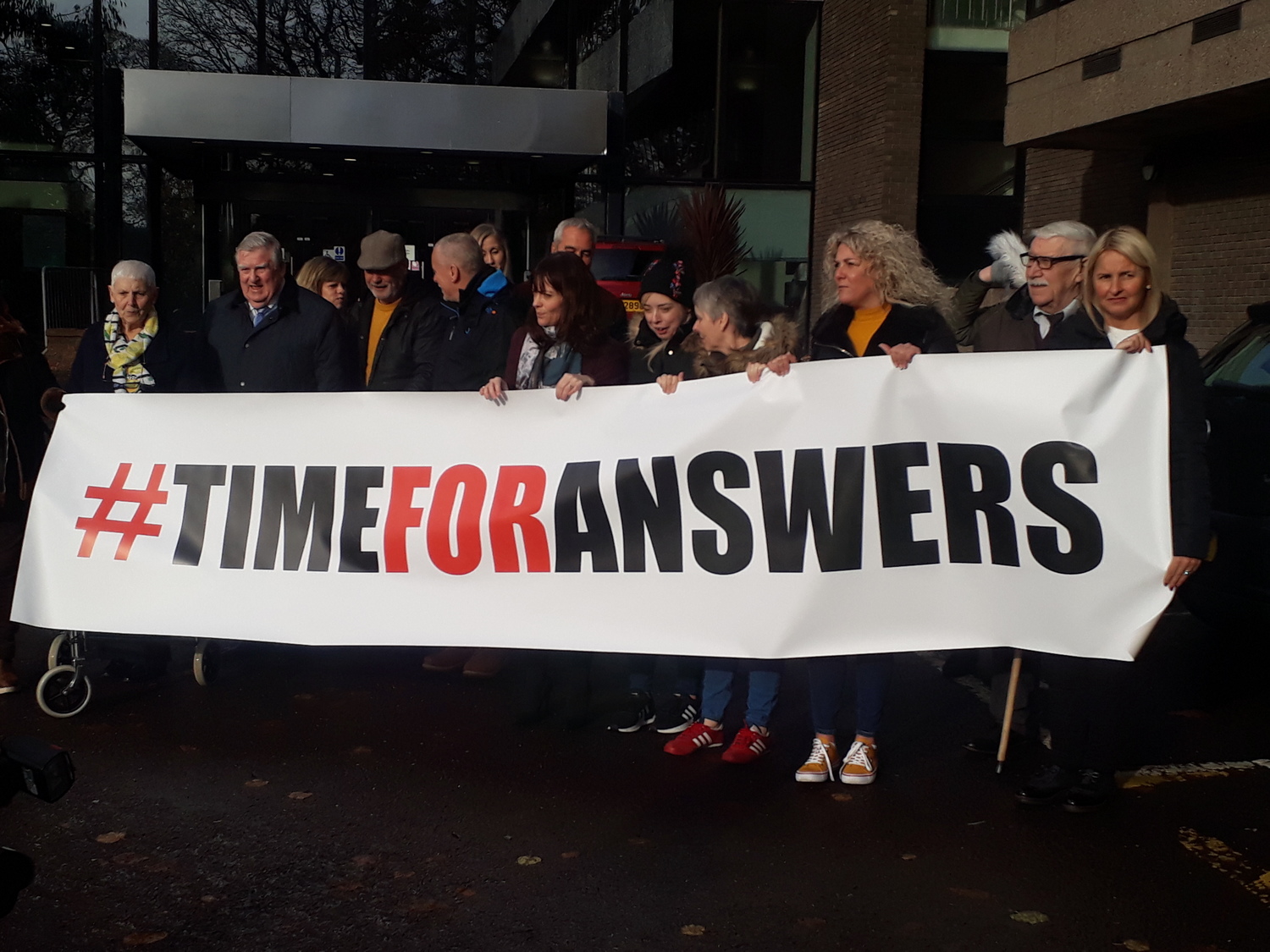 THE Belfast Health and Social Care Trust (BHSCT) has been criticised for its introduction of a new protocol for a procedure performed widely by former trust neurologist Dr Michael Watt.

Comments provided to The Detail by an expert anaesthetist and by former patients of Dr Watt are at odds with what this protocol enables – the performance of epidural blood patches (EBPs) by neurologists in the BHSCT.

The scandal surrounding Dr Watt initially broke due to his performance of epidural blood patches.

This protocol was implemented in November 2019, one year before the Health Minister announced that the ‘Independent Neurology Inquiry’ – looking into Dr Watt’s work – was being upgraded to have full statutory public inquiry status.

Dr David Bogod was a Royal College of Anaesthetists (RCOA) council member from 2016 to 2020 and was previously vice-president of the Association of Anaesthetists of Great Britain and Ireland.

He told The Detail: “I have never heard of it (EBP treatment) being done by anyone other than an anaesthetist.

“Since anaesthetists do far more epidural needle placements than any other specialty, they are best placed to carry out this procedure.”

EBPs are a needle placement in the lower back, carried out to treat specific kinds of headaches.

When asked by The Detail, the BHSCT couldn’t give evidence of any other trust in the UK adopting an EBP policy which allows neurologists to conduct the procedure.

This led to former Dr Watt patient, Lyndsay Eccleston, claiming the BHSCT protocol is “dangerous, out-of-step with best practice and not in the interests of patient safety”.

Dr Watt performed an EBP on Ms Eccleston before recommending that she undergo a second procedure of this kind.

“The idea that neurologists will be able to replace highly-skilled anaesthetists is ridiculous,” she said.

“This policy is nothing more than a disregard for those patients who have been harmed and will only result in unnecessary harm to future patients. It represents an attempt to explain away previous errors.”

While the BHSCT has maintained that EBPs “can safely be performed by a consultant neurologist who has clinical expertise of performing this procedure”, Ms Eccleston said: “They’re doubling down on this idea that neurologists can perform EBPs.

“The only real benefit I can see is to protect an institution rather than the patient.”

Since her EBP treatment, Ms Eccleston has suffered two miscarriages. She said it has been “an extremely difficult time, physically and emotionally”.

It says: ‘SIH can be observed in patients with a postural headache because of low cerebrospinal fluid (CSF) and EBP is a very effective form of treatment for this condition.’

However, Dr Bogod from the RCOA told us that EBPs are used to treat a “very specific condition”, namely a post-dural puncture headache (PDPH), and that “it is not effective for other forms of headache”.

Pamela Wilson, on whom Dr Watt performed an EBP, told The Detail: “From 2009, I was going into hospital a couple of times a year for extended periods.

“I had a cycle of symptoms that would happen to me, which all related to my spine and spinal cord, and they would build-up.

“I would know that when this would happen, I wouldn’t be able to move from the waist down. I’d also have difficulty with my waist and bladder.” 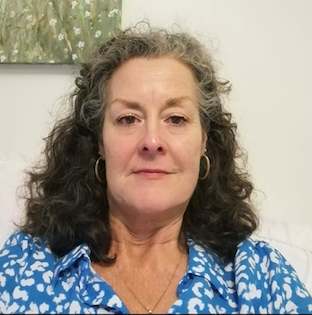 Ms Wilson was, therefore, seeing Dr Watt both in the BHSCT and privately during this time “then out of the blue, he just said about SIH and this blood patch” and that “this had been the problem” with her spine all along.

This is despite Ms Wilson saying she did not present with a headache “at any time”. She continued: “Dr Watt did ask if I was lying down because it ‘made my headaches better’.

“I said ‘no I have to lie down because my spine gets so tight that I can’t move my legs’. It wasn’t a headache.

“I kept telling him that, ‘yes, I have to lie down but it’s from severe tension in my spine that my legs tighten and won’t move. That affected everything below the waist, but he said ‘no that will be this SIH’.”

Ms Eccleston had a similar experience, saying: “He asked if I had ever had headaches and I said ‘no it’s not something I suffered from’.

“He then asked ‘did you feel better when you lay down?’ That was his way of explaining this was a postural headache – a symptom of SIH.

“A postural headache is where if you stand up you won’t be able to stand up for any length of time. You’ll have severe pain and a headache.

“That is very different from having a mild headache and then feeling better from lying down, but this was the criteria he was using for diagnosing me with SIH.”

Ms Eccleston said that Dr Watt told her the EBP would fix her spinal issues, adding: “Actually, the word that he used was ‘cure’ and ‘you’ll never have any problems again’.

“Whenever the problems started to arise again, and I started getting sicker, Dr Watt’s response was that I needed another EBP.”

Colin Butler’s health problems were associated with a neck operation. Prior to his EBP, he “didn’t sign a consent form, wasn’t told about the risks and wasn’t asked about my meds”.

Mr Butler, Ms Eccleston and Ms Wilson each said they weren't suffering from headaches when Dr Watt gave their SIH diagnoses. The BHSCT did not comment on this.

The trust has, however, maintained that EBPs are “effective for the treatment of SIH”.

Concerns over Dr Watt’s performance of EBPs were officially raised by a Northern Ireland GP in December 2016.

This followed a spike in EBPs being carried out in the trust from 2013-2017 which, according to the BHSCT, can be attributed to “treatment decisions” taken by Dr Watt.

We previously reported that no more than 10 EBPs were carried out per year in the BHSCT from 2008-2013.

The BHSCT then, in 2017, commissioned the Royal College of Physicians (RCP) to produce a report which examined Dr Watt’s work. This report was finalised and sent to the trust in April 2018.

The BHSCT said its EBP protocol was implemented in November 2019, “following a recommendation made by the RCP” but the trust has repeatedly refused to release the report publicly.

Meanwhile, the RCP told us: "It’s not for us to give detail of the report which is the ‘property’ of the BHSCT."

Therefore, what the RCP actually recommended or stated regarding EBP policy, in the report given to the trust, remains unknown.

In May 2018, after the RCP report was received by the BHSCT, the Department of Health (DoH) announced the neurology patient recall – the largest patient recall ever conducted in Northern Ireland.

The recall, commissioned to review Dr Watt’s work, found 20% of those whose cases were reviewed received misdiagnoses – while 11% received ‘uncertain’ diagnoses.

The ‘Independent Neurology Inquiry’ was also established in May 2018 and is chaired by Brett Lockhart QC.

In November 2020, Health Minister Robin Swann announced that the Lockhart inquiry was being upgraded to have full statutory public inquiry status – meaning it now has the power to compel witnesses to give evidence, a power it did not have for the first two and a half years it was in operation.

A review of Dr Watt’s deceased former patients' medical records was also commissioned by the DoH in May 2018. It’s set to be undertaken by the Regulation and Quality Improvement Authority (RQIA).

Previously, The Detail has reported on delays in this review beginning and of the frustration of a man, Colin Armstrong, who questioned the legal basis upon which the RQIA accessed the medical records of his deceased mother – a former patient of Dr Watt.

The PSNI have said the RQIA review’s findings will be important in "considering to what, if any extent, did the practices of Dr Watt impact on the deaths of some of his patients".

Dr Watt recommended that Pamela Wilson should have a second blood patch procedure. However, like Lyndsay Eccleston, she only had one EBP.

Ms Wilson said: “I honestly thought I’d had a stroke after my EBP. I couldn’t move or talk. I was terrified.

“I was in such a bad way. I couldn’t hold my head up, eat, swallow or walk. A nurse had to change me. It was her that made me aware I had a wound on my back.

“I couldn’t lie on my back. I was on my side and my temperature was way up and the nurse got the two fans for my head.” 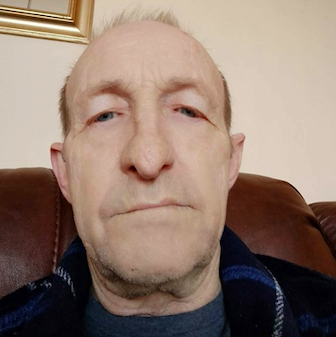 Dr Watt did perform two EBPs on Colin Butler, who had injured himself in a workplace incident.

Mr Butler said: “Just over three months after the first EBP, Dr Watt called me in and said ‘right we will give you another one’. It was even worse than the first.

“I’ve experienced quite severe pain but nothing like that second EBP, in my whole life. It was horrendous, absolutely horrendous. I was nearly crying.”

The BHSCT’s November 2019 EBP policy states that if there is pain in the patient’s back during the injection, ‘it should be stopped, continuing when symptoms have disappeared’.

Each of the three individuals we spoke to said they continue to have significant health problems and that they have felt abandoned by the trust since undergoing EBP treatment.

The BHSCT responded: “Any patient who continues to experience symptoms as a result of a blood patch procedure should attend their GP for advice and support.

“Where appropriate, the patient should be referred to the appropriate service to have their symptoms reviewed and managed.”

The BHSCT said it is not aware of any patients “who have died as a result of having a blood patch procedure (from 2014 onwards)”, adding that to its knowledge, “we can advise that Dr Watt was not performing any blood patch treatments as part of a clinical trial or research project”.

We were also informed that patients in the trust have received EBPs “since the introduction” of the EBP protocol in November 2019 but, despite asking, we were not told whether or not these EBPs were performed by neurologists.

The Detail contacted Dr Watt’s representatives, seeking an interview on the issues raised by his former patients, but this request was declined.