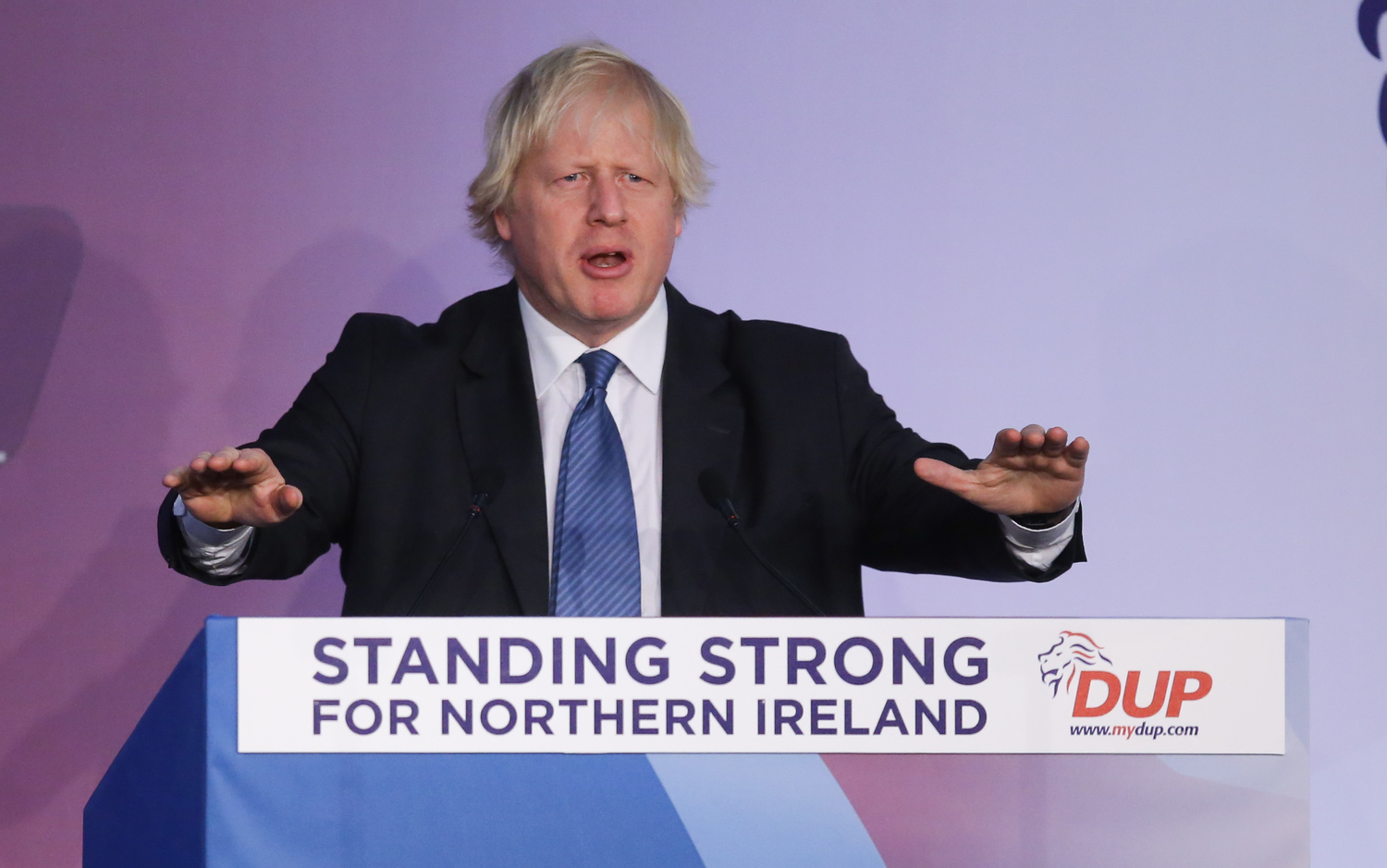 AN urgent judicial review leave hearing, listed in the High Court in Belfast this week, will hear the legal argument that UK Prime Minister Boris Johnson signed the Brexit Withdrawal Agreement for improper purposes – constituting an act of bad faith.

On Friday, Lord Chief Justice Sir Declan Morgan directed that an expedited hearing should be held on Wednesday, December 9.

The court also granted the applicant an interim anonymity order. The applicant lives near the border in Northern Ireland and is concerned about the prospect of any physical infrastructure separating the north and south of the island.

Solicitor for the applicant, Patricia Coyle of Harte Coyle Collins, told The Detail that the Lord Chief Justice’s decision represented a "significant step" in this “time-sensitive" legal challenge.

Ms Coyle added that her client is attempting to have both a substantive hearing and examination of the evidence "in respect of the Prime Minister’s intentions and conduct” regarding the Withdrawal Agreement.

Prime Minister Johnson called the signing of the Withdrawal Agreement, on January 24 this year, a “fantastic moment” and added that the UK could “now move forward as one country”.

However through the Internal Market Bill, published in September, the UK Government is seeking to override some of this agreement – namely the Northern Ireland Protocol – which would maintain an open border in Ireland.

The Secretary of State for Northern Ireland, Brandon Lewis, told the House of Commons that the government’s proposed internal market legislation intends to break international law “in a very specific and limited way” because of how it overrides the Withdrawal Agreement, which was signed by both the UK and the EU.

“He did not address this evidence in his response to us. My client can only conclude that there is no good answer to it.

“This supports our argument that the Prime Minister signed the Withdrawal Agreement without ever intending he should be bound by the Northern Ireland Protocol.

“If that is correct, and the court adjudicates so, then his actions were unlawful insofar as he has frustrated the intention of Parliament.”

Ms Coyle also said that Boris Johnson’s decision to sign the Withdrawal Agreement amounted to “an exercise of the royal prerogative for improper purposes and was in bad faith”.

She added that it is both "appropriate and open” for the High Court in Belfast to make a declaration to this effect and “vindicate the rule of law”.

While adherence to the Northern Ireland Protocol would remove the need for customs checks at Ireland’s border after the Brexit transition period ends, some unionists have expressed concern at it instead placing a regulatory border in the Irish Sea – between Britain and Northern Ireland.

Following the Internal Market Bill’s publication, DUP Brexit spokesperson Sammy Wilson said the Withdrawal Agreement was "bad for Northern Ireland both economically and constitutionally" and that the proposed legislation was a "recognition by the government of the defects of the Northern Ireland Protocol and its potential impact on the internal market of the whole of the UK".

In August, the month before the bill was published, Prime Minister Johnson said: “There will be no border down the Irish Sea. Over my dead body.”

The House of Lords has rejected law-breaking clauses of the Internal Market Bill, which is back before the House of Commons today, December 7, 2020.

Last week, Commons Leader Jacob Rees-Mogg said the government will be “pushing back” on the Lords’ amendments “ensuring that we can put the best interests of the whole UK first”, but the Prime Minister’s former Attorney-General Geoffrey Cox, for instance, previously described the government’s plans in relation to the Internal Market Bill as “unconscionable”.

The Detail put Ms Coyle's argument to 10 Downing Street and asked how her client's judicial review proceedings could impact the progress of the Internal Market Bill – and vice-versa – but the Prime Minister's office did not comment on these issues.

However, a 10 Downing Street spokesperson did inform us that the government has previously set out its "specific reasons" for introducing the measures in the Internal Market Bill which would override the Northern Ireland Protocol.

The spokesperson continued: "These clauses represent a legal safety net to protect the integrity of the UK’s internal market and to ensure Northern Ireland enjoys unfettered access to the rest of the UK whilst protecting the gains of the peace process.

"These are necessary steps in case an agreement cannot be reached in the (EU-UK) Joint Committee. We are committed to working in the Joint Committee to find a solution.”

A trade deal being reached, between the UK and the EU, may resolve issues relating to the Withdrawal Agreement and the Internal Market Bill.

It was reported last night that the UK Government may drop the Internal Market Bill's clauses which breach the Northern Ireland Protocol provided long-term, legally sound solutions – that are satisfactory to both the UK and the EU – are found, and that an announcement to this effect could be made by the EU-UK Joint Committee just after a trade deal has been reached.

However, the Brexit transition period ends on December 31, 2020 – just over three weeks from now – and while talks are ongoing, a deal remains some way from being secured.