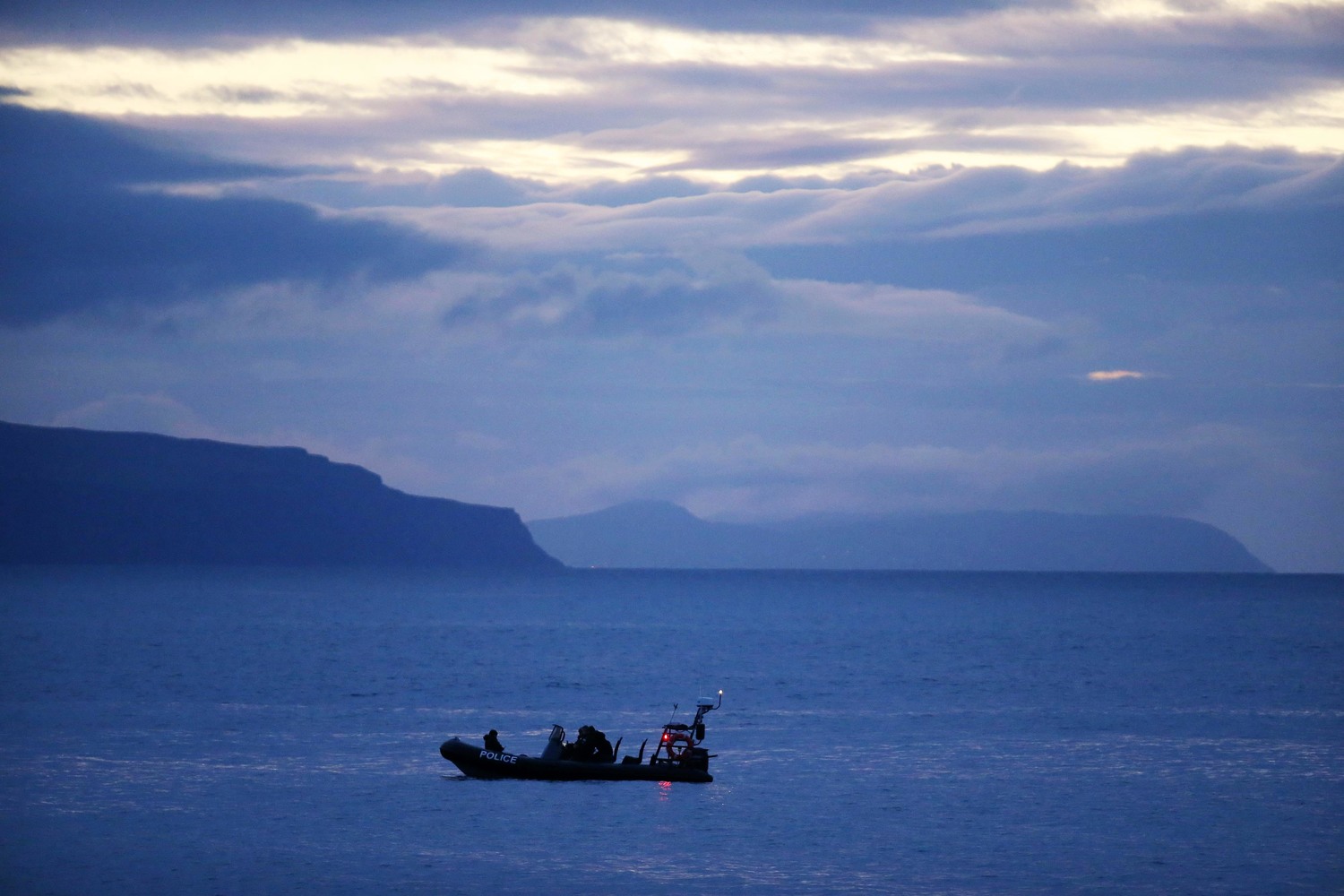 Northern Ireland marked the anniversary of an important moment in the peace process this month.

Twenty years ago the Royal Ulster Constabulary (RUC) – a force which faced international accusations of serious human rights abuses, and one that was composed almost exclusively by those from Protestant backgrounds despite Catholics making up almost half the general population – was renamed and reconstituted as the Police Service of Northern Ireland (PSNI) in November 2001.

Policing reform was a key promise of the 1998 Good Friday Agreement, and an independent commission led by Chris Patten, Britain’s last governor of Hong Kong, recommended a number of changes. One of the most significant was a 50-50 recruitment process aimed at increasing the number of Catholics in the force. This led to thousands of RUC officers taking early retirement between 2001 and 2011, many availing of generous payouts reportedly ranging from £95,000 for a constable and up to £500,000 for some senior officers.

Hundreds of these newly retired police officers would go on to work as security guards, consultants, and trainers in the Middle East, Eastern Europe and further afield.

Many ex-officers took jobs with private security companies in two emerging conflicts where the UK military was involved; Afghanistan from 2001, and more prominently, Iraq from 2003. Ex-RUC serving as bodyguards in Iraq could earn an average of £70,000 to £100,000 a year tax-free, the BBC reported in 2004. Others went to work training police in countries that recently, or were hoping to, joined the European Union. One former PSNI detective inspector, who trained police in Lithuania and Poland, explained his choice to a reporter at the time: “I was too young to retire and put my feet up and the financial package was too attractive to refuse.”

The Chilcot Inquiry would later hear from senior officials that the UK was “very fortunate” that the invasion of Iraq coincided with the Patten reforms. Many newly retired officers who “weren't quite ready to spend the rest of their lives playing golf” were thus available for hire. One official described the officers as “people who had specialist skills...totally unique – no other country could match that”.

An Amnesty International report from 2008 noted the “marked increase in the use of private security or military companies” in conflicts like Iraq, and that many such companies regarded former RUC and PSNI personnel “as possessing desirable skills in counter-terrorism and urban combat operations". (The report also noted that ex-prison warderns from the Maze and Maghaberry prisons went on to become jailers in Israel, Iraq and Somalia.)

Ex-officers from forces across the UK would go on to work privately in Iraq. But those from Northern Ireland with experience of the Troubles were highly sought after. Unlike their counterparts from Britain, they came from a police force that was routinely armed, cooperated regularly with the army, and had experience working in ‘divided communities’. A former RUC superintendent, who went on to serve as chief of police in an Iraqi province, told The Times that there was “no doubt” that RUC experience “is valued abroad and it opens doors".

Official efforts were even made to help former RUC officers find work in Iraq. On a trip back to Northern Ireland in 2003, Stephen White, an assistant chief constable with the PSNI who was then seconded to southern Iraq, reportedly met with the Police Retraining and Rehabilitation Trust and the Foreign Office to discuss a recruitment drive. Referring to the 50-50 recruitment process and subsequent early retirements, White said that while “the service lost a lot of expertise...that expertise is now welcome all around the world".

A former UK chief police adviser in Iraq said that “something like 80 per cent of (private security company) ArmorGroup at one stage were ex-RUC”. (One cohort of ex-officers working for this firm reportedly referred to themselves as ‘The Continuity RUC’, an allusion to the terrorist group that split away from the IRA when the latter disbanded). Or as a PSNI officer would later tell researchers, “the number of Belfast accents (in Iraq) was overwhelming”.

Northern Ireland’s police officers also took on senior roles in running and training police in Iraq and elsewhere. A BBC reporter noted in 2003 how accents from Northern Ireland “echoed all over the city. Many of them were influential voices, taking decisions that affected the lives of millions of people...a Northern Irish diaspora playing a big role in the immediate future of the country”. Many high-ranking former or seconded RUC and PSNI officers took roles in running, training and advising foriegn police forces, ranging from Iraq, Kosovo, the Balkans, Estonia, Mongolia, Abu Dhabi, and Indonesia. 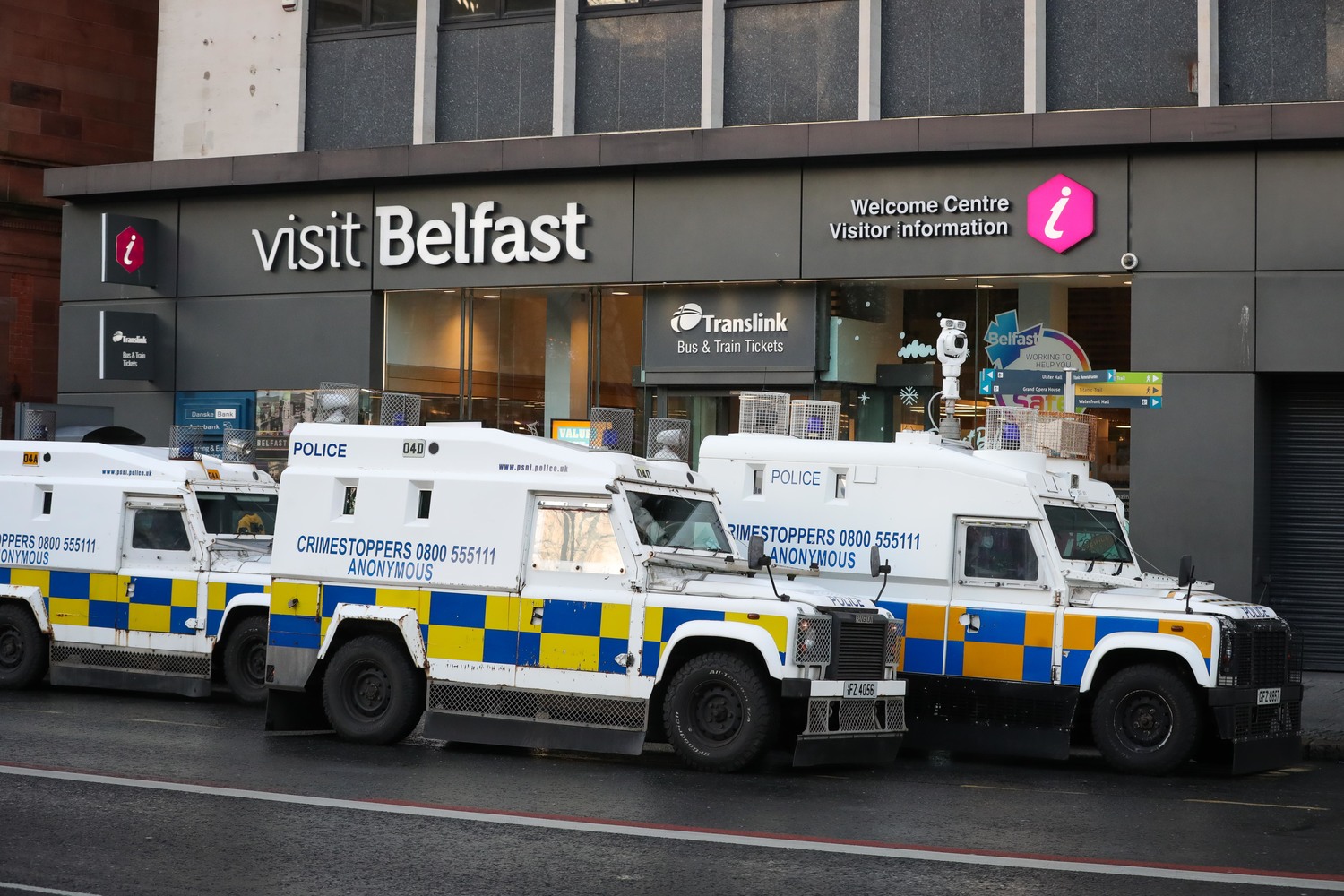 Major changes to a police force on the island of Ireland leading to officers going off to take roles in foriegn lands had precedent. When much of the colonial-era police force in Ireland was disbanded in the early 1920s, the British authorities sought to recruit ex-officers as police in India, considering them ‘tactful – and painfully experienced – in handling crowds’. Over 700 disbanded RIC, including the notorious Black and Tans, were transferred to form part of Britain's colonial police force in Palestine. Later, the RUC’s first inspector general, Charles Wickham, would go on to train the British colonial police service in Palestine in the mid-1940s. And bringing it all back around, the Chief Constable of the Royal Ulster Constabulary from 1976 to 1980, Kenneth Newman, had previously served in the Special Branch of the Palestine Police Force.

As well as personnel, colonial and counterinsurgency policing models developed in Ireland were exported across the British Empire, academics Graham Ellison and Conor O’Reilly have argued. Similarly in more recent times, a ‘Northern Irish Policing Model’ has emerged in the aftermath of the Good Friday peace accords police reform, one that was increasingly branded and promoted on the global stage.

Writing in 2008, Ellison and O’Reilly argued that the model was one which drew on “two seemingly incongruous constituent components”. Firstly, a template for democratic policing reform such as oversight mechanisms, and secondly, counter-terrorism experience from the Troubles. These components jarred because it was precisely the RUC’s counter-insurgency operations and related alleged human rights abuses that were instrumental in generating sustained national and international condemnation of the force, ultimately resulting in the democratic policing reforms. In particular several former leaders of Special Branch, described as a ‘force within a force’ and one where many of the most serious human rights abuses are ascribed, went on to become leading proponents of Northern Ireland’s policing model and heads of policing missions elsewhere in the world.

Ellison and O’Reilly were also circumspect about what lessons were being learned, and whether the model was truly a template for reform in conflicted societies, such as Iraq, Afghanistan or Kosovo, “without due regard for history, politics or culture, raising concerns about the transferability, sustainability and appropriateness of what is being advocated”. (While many RUC/PSNI extolled the similarities – one PSNI leader said Basra in 2003 strongly reminded him of west Belfast in the 1970s – others, such as an ex-officer whose new work in Kosovo involved mass graves and severed hands in freezers, were less certain.)

Indeed, they note that while Northern Irish policing was being sold to the world, it remained highly controversial and divisive domestically, especially in those years. (While things have moved on since the time of their writing, for example with a 2018 poll showing that large majorities had confidence in the service, recent events such as the fallout of the Bobby Storey Funeral and the policing of the Sean Graham's massacre memorial illustrate that policing remains contentious in Northern Ireland). Part of the appeal of exporting the Northern Ireland policing model was that overseas operations allowed the new police force to achieve some of the legitimacy that was denied to them at home. In this, there was almost overnight success. Northern Ireland went from being a ‘pariah’ on the international stage – in 1999 the US banned the FBI from any partnerships with the RUC due to human rights concerns – to a ‘leading example’ of transitional policing. Officers from Northern Ireland were delivering public order training “within a human rights framework” as early as 2000 (Ethiopia), and RUC officers were chosen to serve as part of an international force in Kosovo in 1999, in part because of their experience policing ‘divided communities’. (This move was criticised by Sinn Fein who said that "Nationalists find it offensive that the RUC is being described as the best police force to police a divided society").

In the years following it’s creation, several major policing conferences were held in Northern Ireland. Police leaders and diplomats from countries ranging from Algeria, Sudan, Jordan, Lebanon, Canada, and France visited for conferences and fact-finding trips on issues including policing oversight and complaints, public order tactics, and counter-terrorism in democratic societies. The PSNI also regularly went abroad to showcase their work. As the Policing Board, the main oversight body, proclaimed in their 2007 annual report, “there is no doubt that the policing model put in place in Northern Ireland represents best international practice”.

In 2005 a PSNI chief told the House of Commons Northern Ireland Committee that “we are very popular in terms of providing aid to other parts of the world...We have some incredible best practice, which we are happy to export”.

Yet for the past 15 years Amnesty International has expressed concerns about the PSNI’s training of foreign police forces in places like Ethiopia, Libya, Bahrain, Burma, and Qatar, all countries where Amnesty has documented human rights abuses by the police.

They have repeatedly called for ‘rigorous, independent’ human rights assessments to happen before any training in countries with ‘troubling human rights records’, arguing that training requests from security forces in countries with a record of suppressing freedom of assembly and expression “should be subject to the same level of regulation as the sale of arms and security equipment”. This year alone the human rights organisation expressed concerns about training of police in Lebanon and Oman, and the PSNI’s involvement in security-research projects involving the Israeli ministry responsible for police.

Take Oman for example: an absolute monarchy and a former British colony, the Gulf state is a strategic ally to the UK and one that has ordered over £3bn worth of weapons from the UK since 2007, according to research from Campaign Against Arms Trade. Like several other PSNI overseas projects, this training was funded by the British Foreign Office. The British Ambassador wrote to the PSNI at the time, saying that the main objective of this training was for Oman’s police to “learn how to deal with protesters” using the most recent tactics and techniques in public order policing.

The PSNI defended its work in Oman and elsewhere, pointing out that the Patten reforms specifically advocated increased participation in international policing missions and training programs.

They argue that their training takes place to support the development of the highest standards in international policing, happens with approval of the Northern Ireland Policing Board and the Department of Justice, and that the training is always “human rights centred”. However, one Omani political exile said in an interview this summer that if the PSNI “supports human rights, it shouldn’t be supporting Oman’s police who are oppressing people”.

Criticism of such programmes has even come from within the force. In relation to a PSNI training programme of police in Qatar, a police officer told the Belfast Telegraph in 2016 that some are "concerned that any training we offer could be used to quell legitimate democratic protests".

Amnesty has also called for the PSNI to carry out follow-up evaluation to ensure that any training offered results in an improvement in human rights and policing. Not least because in a number of cases, such as Ethiopia in 2000, Lebanon in 2019, or Oman in 2021, police forces that received training cracked down on protesters months or even weeks later, raising questions about the training's impact.

Following the news that the PSNI is currently considering delivering further training to the Omani police following the recent crackdown on protesters, Amnesty International’s Northern Ireland director Patrick Corrigan said: “It is difficult to accept any argument that this training is resulting in human rights improvement in policing in Oman.”