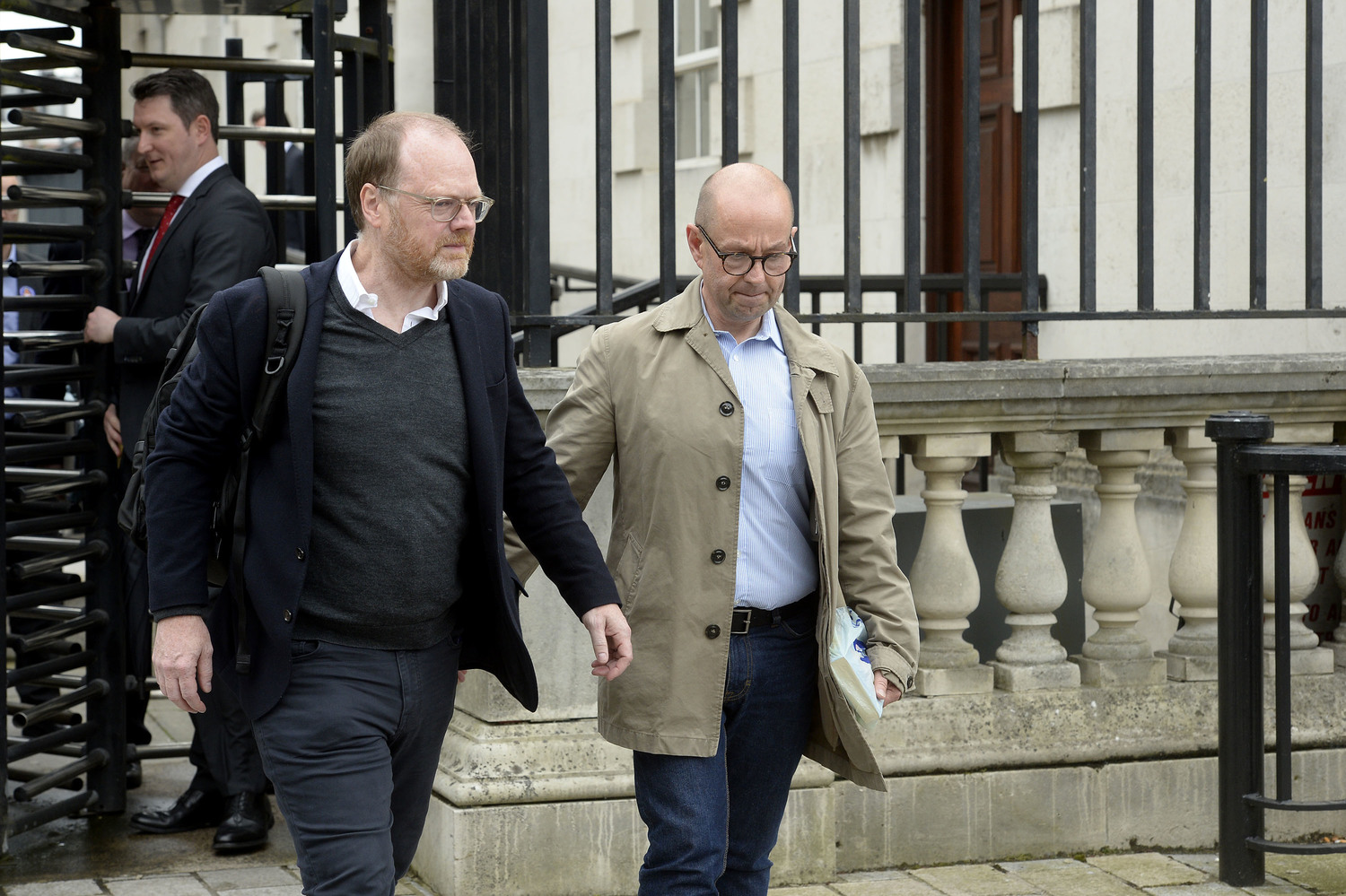 JOURNALISTS who use government documents or materials to expose state failings in relation to Troubles’ killings could be more likely to face criminal sanctions in the coming years.

In May 2021, the Home Office launched its consultation on proposed reform of the Official Secrets Act (OSA) called 'Legislation to Counter State Threats (Hostile State Activity)'.

The document included recommendations made by the Law Commission, a statutory UK body which reviews law in England and Wales, on how it believes the OSA should be amended. It also includes the Home Office's response to these recommendations.

One recommendation put forward by the Law Commission was that in cases of 'onward disclosures’ of unauthorised material (for example a journalist reporting on documents that have been leaked), the test of "proof or likelihood of damage”, caused by the action, should still have to apply for a crime to have been committed (as is currently the case).

However, unlike with many of the other recommendations made by the Law Commission, the Home Office declined to confirm in the consultation document that it agreed with this principle.

Instead, the Home Office said it “notes'' this recommendation and will “explore” it further, but Priti Patel’s department then added: “We consider that both primary and onward disclosures have the potential to cause equal amounts of harm.”

Unlike onward disclosures carried out by journalists, a primary disclosure applies to people who – most often by virtue of their jobs as government employees – have access to the primary source of the unauthorised material and are responsible for leaking sensitive documents.

The Law Commission recommended that in cases of unauthorised primary disclosure "proof or likelihood” of causing damage due to the disclosure should no longer have to apply for a crime to have been committed.

This process could lead to legislative proposals being put forward which account for both; the Law Commission’s recommendation on making it easier to prosecute those who carry out primary disclosures and also the Home Office’s belief that "both primary and onward disclosures have the potential to cause equal amounts of harm”.

In such circumstances, it would be easier to arrest, prosecute and convict journalists who use secretive material to report on state failings relating to killings during the Northern Ireland conflict.

Matthew O’Toole, the chair of Stormont’s All Party Group on Press Freedom and Media Sustainability, told The Detail the prospect of the OSA being amended to inhibit journalists is “deeply concerning”.

He said: “In a free society, journalists should always be allowed to do their job in holding the state to account without fear of prosecution.

“It would be reprehensible for Priti Patel to make changes to legislation that would mean automatically favouring state secrecy at the expense of journalists working in the public interest.”

Daniel Holder, the deputy director of human rights NGO, the Committee on the Administration of Justice (CAJ), told The Detail the proposed OSA reform could “undermine media freedom, whistleblowers and the work of human rights defenders – all of which are cornerstones of a democratic society”.

The OSA is in place to prevent clandestine information which the UK Government deems could threaten ‘national security’ from coming into the public domain.

Mr Holder said: “We already have long-standing concerns about the elastic nature of the term national security, which remains undefined in UK law, but has regularly been invoked on Northern Ireland legacy issues.

“This includes the long-term sealing of files on children killed by plastic bullets on national security grounds and the alarming use of national security based ‘Closed Material Procedures’ – i.e. secret courts – on Northern Ireland legacy cases.”

Mr Holder is also concerned that the planned reform of the OSA “although dressed up in the language of defending national security”, could lead to human rights violations from the Troubles being concealed and journalists being pursued by authorities “for doing their job”.

He added: “It should not be forgotten that the 2014 Stormont House Agreement legacy process was originally delayed due to the UK insisting a ‘national security’ veto be added to the legislation.

“Essentially, this would have meant that once an independent investigation had been conducted into a Troubles death, the Secretary of State would have had the power to redact the investigation report before it was given to the family to remove any information relating to the role of informants and their handlers in relation to the death of their loved one.”

Our report on this proposal to amend the OSA follows the news, from last week, of the Northern Ireland Office's widely condemned plans to end all civil and criminal cases relating to the Troubles. 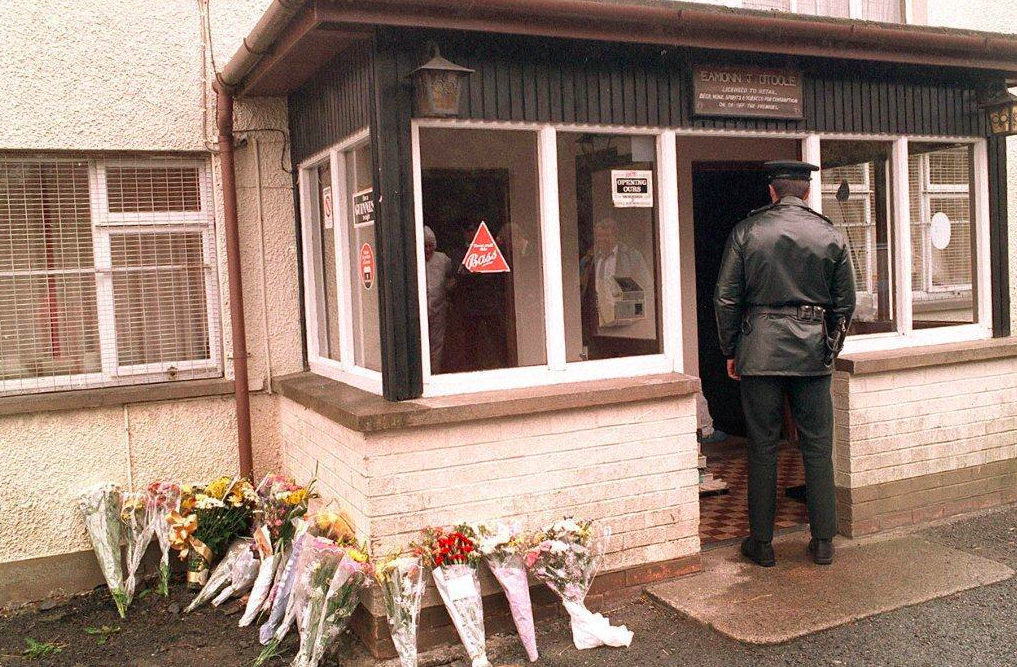 Police at the scene of the Heights Bar in Loughinisland following the attack on the pub.

In August 2018, The Detail’s current editor, Mr Birney, and former journalist for The Detail, Mr McCaffrey, were arrested and questioned, under the OSA, for their use of official documents.

The documents were used in the Fine Point Films production, No Stone Unturned, a documentary which exposed state failings connected to the killings of six men while they were watching the Republic of Ireland playing in the Fifa World Cup in the Heights Bar (owned by Matthew O’Toole’s uncle) in 1994 in the County Down village of Loughinisland.

Mr McCaffrey had received the documents in question from an anonymous source.

These unredacted documents, marked ‘secret’, contained the names of those suspected to have carried out the Loughinisland killings, Ronald Hawthorn, Alan Taylor and Gorman McMullan, whose names the journalists revealed in No Stone Unturned.

The documentary also revealed that at least one suspect was a police informer, that RUC Special Branch officers were aware that an attack was going to happen before it took place and that the branch obstructed other RUC detectives’ investigation into the massacre.

In addition, No Stone Unturned outlined how evidence, such as the getaway car, was destroyed and how suspects were warned in advance when they were due to be arrested.

These documents related to a PONI report into the Loughinisland killings.

This led the PSNI to bring in Durham Constabulary to investigate. The PSNI and Durham made an ex-parte application to the High Court in Belfast for warrants to search the journalists homes and office.

The warrants were quashed in the Northern Ireland High Court one-year-ago.

Delivering the verdict, Northern Ireland’s then Lord Chief Justice, Sir Declan Morgan, stated that the conduct of the August 2018 ex-parte hearing to obtain the search warrants fell “woefully short” of the required standard.

The search warrants, unlawfully sought to enable the PSNI and Durham Constabulary to retrieve documents leaked to the journalists, were used by police to illegally remove computers and notebooks, and to download the contents of a server used to store confidential documents along with film footage.

Conservative MP, David Davis, said the judgment set "a strong and authoritative precedent for press freedom across the whole of the UK”.

Meanwhile Amnesty International, which launched a campaign of support for the two journalists, described the PSNI actions as “outrageous” and said that the judgment “should mean this sort of undue interference with press freedom never happens again".

Subsequently, in December 2020, Mr Birney, Mr McCaffrey and Fine Point Films were cumulatively awarded over £850,000 in damages for their treatment by the PSNI and Durham police in relation to this case.

Despite all of this, the contents of the Home Office consultation document on reform of the OSA points to the distinct possibility that Priti Patel could seek to legislate in a way that makes it easier to prosecute journalists – like Mr Birney and Mr McCaffrey – who use leaked materials to produce work that exposes state failings relating to killings during the Northern Ireland conflict.

The Law Commission did recommend to the Home Office that it should introduce a public interest defence.

This could be helpful for journalists who use secretive documents to reveal state failings in relation to Troubles’ killings.

However, the Home Office outlined its concern with this recommendation and said the implementation of a public interest defence could undermine its efforts “to prevent damaging, unauthorised disclosures”.

Priti Patel’s department added: “Our fundamental concern is that a person seeking to make an unauthorised disclosure, whether in government or otherwise in possession of official material, will rarely (if ever) be able to accurately judge whether the public interest in disclosing the information outweighs the risks against disclosure.

“Even if the case is subsequently made that the disclosure was not in the public interest, and the person who published the information has committed a criminal offence, this does not undo the potential damage caused by the disclosure.”

While the Home Office called press freedom an “integral part of the UK’s democratic values”, a spokesperson told The Detail: “This must be balanced with safeguarding sensitive official information, including national security information, and the serious harm that its compromise could do to the UK, its citizens and interests."

The Home Office said it is "seeking to strike this balance" and added that it recognises the Good Friday Agreement and that Northern Ireland’s “unique circumstances...demand particular care and attention when considering these legislative proposals”, but did not elaborate further on this point and what it means.