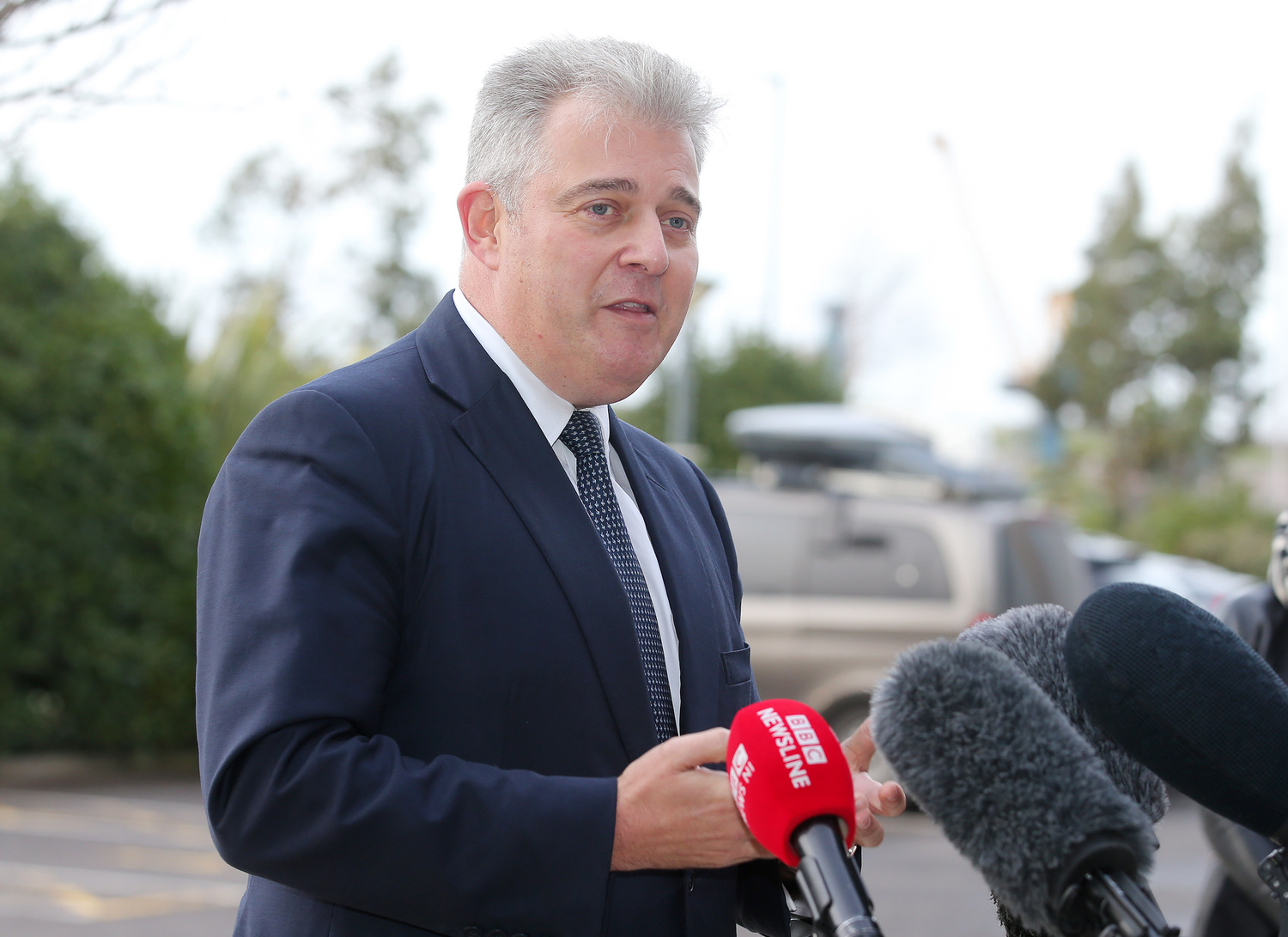 THE Northern Ireland Office (NIO) has failed to confirm whether or not MI5 had input into its plans for an ‘amnesty’ for Troubles’ killings.

On July 14, 2021 in the House of Commons, the Secretary of State for the NIO, Brandon Lewis, announced the UK Government’s plan to put an end to all legal cases relating to such killings.

The move has been widely condemned by victims’ families, non-governmental organisations, lawyers and representatives from all the major political parties in Northern Ireland.

It represents a formal deviation from the 2014 Stormont House Agreement, on dealing with the past, which the UK Government signed up to.

The Detail asked the NIO if it liaised with MI5, or any other intelligence agency, regarding these new proposals – but we were not provided with any clarity on this.

Daniel Holder is the deputy director of the Committee on the Administration of Justice (CAJ).

He told The Detail: “If the current British Government’s agenda was limited to preventing soldiers doing jail time, the Secretary of State could amend the Good Friday Agreement early release scheme to reduce time served down to zero from the current two years.

“They have not done that and it’s quite evident their broader agenda really focuses on shutting down all forms of meaningful independent investigation, and preventing truth recovery.”

Mr Holder referenced how when the NIO added a ‘national security veto’ to draft Stormont House legislation, its main objective “was to stop information emerging about the actions and roles of RUC Special Branch, army intelligence and MI5”.

He also pointed out how this would have allowed the Secretary of State for the NIO to “redact, out of otherwise independent investigation reports to families, any information relating to the role of informants and their handlers in the death of their loved one”.

Mr Holder added that the current NIO proposals are a "belt-and-braces blueprint for information concealment, including on past human rights violations".

He said: “It is a fair question to ask how influential the security services have been in shaping the present proposals.”

While remaining silent on whether or not MI5, or any other intelligence agency, had input into shaping this ‘amnesty’ policy proposal, the NIO told The Detail: “Government proposals that engage a range of interests are routinely developed in collaboration with different departments and agencies, as was the case with the ‘legacy command paper’."

In addition, The Detail reported last week on the Home Office’s public consultation – which has now closed – on proposed reform of the Official Secrets Act and how this could be set to target journalists who expose state failings in Troubles’ killings.

This process could lead to legislative proposals being put forward which account for both; the Law Commission’s recommendation to the Home Office on making it easier to prosecute those who carry out ‘primary disclosures’ of unauthorised information and also Priti Patel’s department’s belief that both primary and onward disclosures (i.e. reports published by journalists) “have the potential to cause equal amounts of harm”.

In such circumstances, it would be easier to arrest, prosecute and convict journalists who use secretive material to report on state failings relating to killings during the Troubles.

Matthew O’Toole, the chair of Stormont’s All Party Group on Press Freedom and Media Sustainability, told The Detail the prospect of the Official Secrets Act being amended to inhibit journalists is “deeply concerning” and that it would be “reprehensible for Priti Patel to make changes to legislation that would mean automatically favouring state secrecy at the expense of journalists working in the public interest”.

The Detail asked the Home Office if it liaised with MI5, or any other intelligence agency, regarding its stance on the reform of the Official Secrets Act.

However, like the NIO, the Home Office also declined to provide any clarity on this.

The Home Office did, however, deny that it would treat journalists like spies and stated it views press freedom as “integral”.

“However, this will be balanced to protect press freedom and the ability for whistle-blowers to hold organisations to account when there are serious allegations of wrongdoing.”