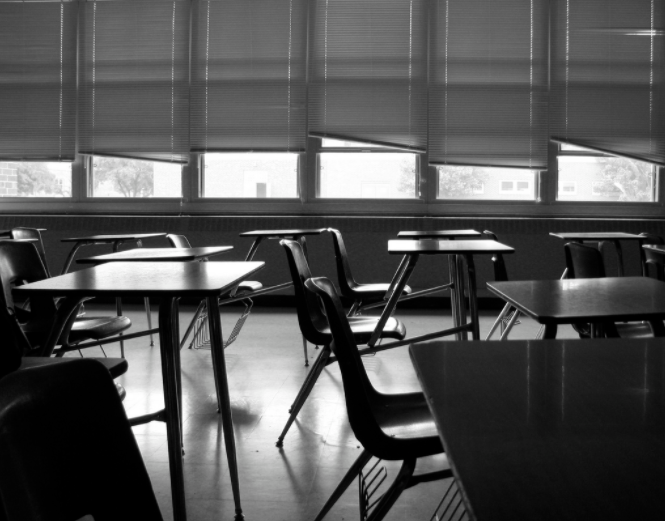 POLICY proposals on the use of restrictive practices in the health and social care system need to also focus on schools and other settings, according to children’s rights experts.

In response to the public consultation on the Department of Health’s (DoH’s) proposed policy, the Children’s Law Centre said the plan in its current guise fails to address the “potentially unlawful” use of restraint and seclusion on children in Northern Ireland schools.

The Children’s Law Centre said "such practices have been visited upon the most vulnerable children with special educational needs and disability including physical and chemical restraint (and) seclusion" within locked-door education facilities.

Restraint and seclusion are forms of restrictive practices. The United Nations (UN) has stated that the restraint of children should only be used when "all other means of control have been exhausted...when the child poses an imminent threat of injury to him or herself or others”, with the minimum necessary force for as short a time as possible.

The UN has also said that keeping children in solitary confinement is “strictly forbidden”.

Despite this, teachers in Northern Ireland don’t have to record when they restrain or seclude children – which has heightened concerns that the practices are being applied inappropriately.

The implementation of ‘Harry’s Law’, a proposal named after Harry Shakespeare – the son of Northern Ireland woman, Deirdre Shakespheare – would make it mandatory for schools here to record when a child is restrained or secluded and for parents, and the Education Authority, to be informed when this occurs.

Harry's mother discovered her young son had been strapped into a chair in school, after finding photographic evidence of this taking place.

In a submission relating to the use of restrictive practices in schools, the Northern Ireland Human Rights Commission (NIHRC) informed Stormont’s Education Committee of its support for a “duty be placed on schools to record every incident of restraint and/or seclusion used on a child”.

The Northern Ireland Children and Young People’s Commissioner (NICCY), Koulla Yiasouma, told The Detail: “Restraint should only happen as a measure of very last resort, schools should report all instances on the rare occasions that it would be acceptable to take place and teachers must attend rigorous training to ensure safety is paramount. Children should never be secluded from other pupils for any reason.”

In recent months celebrity American businesswoman, Paris Hilton, tweeted her support for the introduction of Harry’s Law in Northern Ireland. She also commented on the restrictive practices which were used on her when she was a child in school.

Orla Fitzsimons leads the parent carer advocacy organisation, Parent Action NI. She told The Detail how Ms Hilton’s intervention “brought attention to the restraint and seclusion of disabled children in schools in Northern Ireland...which can only be a positive thing”.

However, Ms Fitzsimons also said, given the “importance of this issue”, she wished it didn’t take Ms Hilton’s intervention for the wider public to take notice of these practices in our schools.

While the DoH is formulating a policy on the use of restrictive practices, the Department of Education (DoE) is currently undertaking its own separate review of restraint and seclusion in education settings.

Furthermore, children’s commissioner, Koulla Yiasouma, is carrying out her own review into restraint and seclusion in schools which she aims to publish before the end of 2021.

Ms Yiasouma said she has engaged with parents and children for her office’s review, which she expects will feed into the DoE’s review.

The commissioner also believes it is clear that schools require “mandatory direction” regarding the use of restrictive practices rather than “guidance”.

In addition, Ms Yiasouma said it’s her view that the responsibility for implementing these requirements should lie with the DoE – as she drew a distinction between school and health and social care settings.

However, the Children’s Law Centre said any Stormont policy initiative on restraint and seclusion needs to be cross-departmental so it applies to all children and adults in all settings “rather than having a piecemeal, siloed approach”.

Parent Action NI’s Ms Fitzsimons said the DoH and DoE need to both work together towards an education system where seclusion is not used at all and restraint is only used “as a last resort when a child is in immediate danger”.

The Children’s Law Centre called the current provisions and guidance on restrictive practices in education settings a “residual problem left behind from the days when corporal punishment was abolished in schools in Northern Ireland” and said the law “continues to enable force to be applied to a child for reasons other than protection from harm”.

Regarding the DoH policy plans, the Children’s Law Centre added: “It would be entirely wrong that children should have lesser protection under this regional policy in school than they would when attending a short break at a respite facility, or care and treatment in a mental health facility, or indeed when in custody within the justice system.

“It is also incongruous that vulnerable children would have lesser protections than vulnerable adults and older people in our community. In our view, the use of seclusion and restraint across a range of settings, including within education, health, justice and others, should be considered together.”

No comment has been provided by the DoE for this article, however, a spokesperson for the DoH told The Detail it’s “currently analysing the responses” to its consultation and said “one of the key emerging themes” relates to the fact the policy is “more focused on adult services rather than children’s services”.