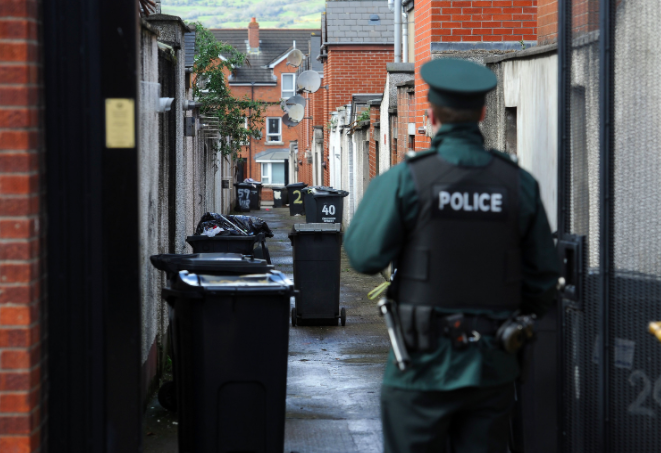 THE police monitor and produce internal reports on the social media activity of the Northern Ireland public – including our politicians, journalists and ordinary citizens.

A spokesperson for the Police Service of Northern Ireland (PSNI) also admitted that if people were to know the police were treating their social media activity in this way, it could negatively affect their mental and physical health.

In October 2020, using Freedom of Information (FoI) legislation, The Detail sought all social media monitoring reports that the PSNI's Strategic Communication and Engagement Department produced in a one-year-period.

We were provided with hundreds of pages of heavily redacted material, with many pages entirely blacked out. In addition, over 165 pages were not released at all.

The PSNI redacted all posts, made by members of the public on social media, from the documentation released to The Detail.

The only posts shown in the material were made by official PSNI social media accounts and occasionally by established media outlets or public bodies.

We were, however, provided with the police’s internal comments on both the redacted and unredacted social media posts – though many of these comments were also redacted, to varying degrees.

The PSNI said it engages in the practice of monitoring and reporting on the public’s social media activity to “measure sentiment in the community”.

A privacy expert has said any social media monitoring by law enforcement agencies must be carefully scrutinised.

Dr Ksenia Bakina is a legal officer at Privacy International, a UK-based charity focused on people’s rights to privacy, which works ‘at the intersection of modern technologies and rights’.

She believes the use of social media monitoring by law enforcement organisations is “very problematic”.

Dr Bakina told The Detail that any social media monitoring carried out by law enforcement agencies – must be legitimate, necessary, proportionate and effective.

She said: “If you know that the police are reading your Twitter or Facebook you are more inclined to self censor and this will have a very harmful effect on free speech generally.”

Privacy International firmly believes that despite people's social media posts being made public, privacy concerns are not negated.

“Social media platforms have a vast amount of information about individuals, about their personal preferences, their political and religious views, as well as the identity of their friends and family,” Dr Bakina said.

“So just because the person doesn’t have the setting on their social media profile as ‘private’, it doesn’t mean that whatever they post is essentially fair game to be used by law enforcement.”

Dr Bakina added that there needs to be clearer guidance and more robust regulations regarding the overt form of surveillance, of publicly posted social media activity, by UK police forces – which The Detail has uncovered the PSNI is conducting.

Some of the topics that were monitored and reported upon, which we can see from the FoI response, included funerals which took place during the Covid-19 pandemic and the operation of pint delivery services. Posts made by republican groups were also monitored.

Public reaction to a report previously published by The Detail, which related to racist intimidation in the Village area of south Belfast, was also logged.

Some examples, of the police's commentary on posts, include:

Conspicuous by absence, from the material released to The Detail, was any mention of several high profile cases involving the PSNI – in which the service’s conduct was both scrutinised and the focus of online discussion.

For instance; the PSNI’s handling of the Noah Donohoe investigation, the funeral of Bobby Storey and the arrests and subsequent clearing of journalists Trevor Birney and Barry McCaffrey over the No Stone Unturned Loughinisland documentary cannot be seen in the material we were provided with.

None of the PSNI’s internal comments on these matters were included in the FoI response either.

In addition, very few references are made to the police's handling of the Black Lives Matter protests in Northern Ireland.

One justification the PSNI provided in its FoI response, for not releasing large sections of the redacted material, was that the service has a duty of care to “ensure that the physical and mental health of those individuals are safeguarded by not releasing any material that could point to the originator of the post”.

The PSNI acknowledged that if people were aware the police were monitoring or internally reporting on their social media activity, it could negatively impact those people’s physical and mental health.

The FoI response continues: “Release of some of the information contained in the reports could endanger individuals.

“The PSNI will not, through an FoI release, place any individual in a situation where they would or would likely have their physical or mental health endangered.”

Maurice Frankel is the director of the UK-based organisation, Campaign for Freedom of Information (CFoI).

He told The Detail that the solution to potential ‘endangerment’ being caused to members of the public was for the PSNI “to cease the practice” of monitoring and internally reporting on social media, rather than to refuse to release information about this practice to journalists making FoI requests. 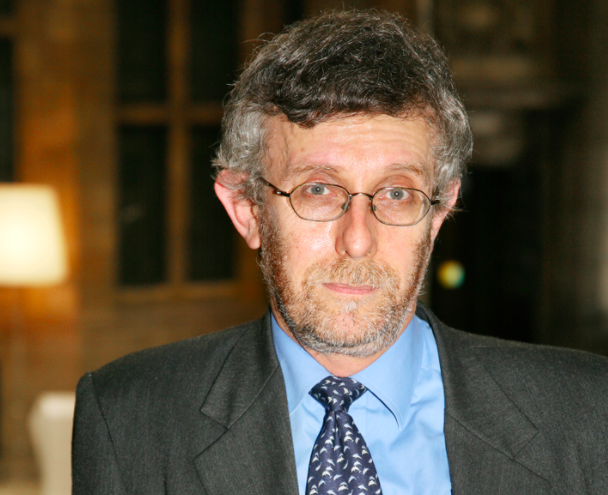 Maurice Frankel, the director of the Campaign for Freedom of Information.

As its basis for not releasing a lot of the redacted FoI material to The Detail, the PSNI cited Section 38 of the FoI Act, which states information can be exempt from disclosure under health and safety grounds.

However, Mr Frankel said: “In order to invoke Section 38, a public authority has to prove that disclosure of the material is likely to endanger a person’s life or that it’s deeply personal material, specific to an individual, which could cause them great anxiety if it were released.

“As a general rule, Section 38 shouldn’t be used in the blanket fashion that the PSNI have used it.”

Mr Frankel added that if this approach were taken by any other police force in the UK, he’d be confident in saying “the police are more interested in concealing what they are doing than protecting people’s health and mental health”.

However, he stated that the PSNI may argue the “tense political climate surrounding policing in Northern Ireland” makes Section 38 more applicable here.

Daniel Holder is the deputy director of the Committee on the Administration of Justice (CAJ), which seeks to ensure that public bodies in Northern Ireland comply with international human rights obligations.

Mr Holder told The Detail: “Many organisations are going to look at what is publicly said about them on social media.

“It can even be a way of taking remedial action against criticism. However, there are particular issues about the manner in which this monitoring is conducted by law enforcement bodies.”

Mr Holder also said the PSNI must ensure their social media monitoring and internal reporting does not stray into an “arena of police surveillance on groups engaged in lawful free expression and campaigning”.

He added: “What is particularly questionable in this case is that it appears the internal PSNI media reports contain personal information about individuals and groups who criticise or otherwise comment on police activity, rather than the reports just being limited to considering the issues that have been raised.”

The PSNI said it has been monitoring and internally reporting on social media posts since 2013.

This work is conducted by the service’s Strategic Communication and Engagement Department’s ‘Digital Hub’, which carries out this activity in addition to its other duties.

A PSNI spokesperson told The Detail the purpose of the service’s social media monitoring and internal reporting “is to gain better understanding of community feeling in relation to policing and police activity so that the service can identify issues, concerns and successes to inform, enhance and improve their service”.

However, Dr Bakina from Privacy International questioned the value of measuring sentiment in this way.

Assessing public sentiment from social media is probably “not most the reliable source”, she said. “A lot of the information posted on social media can be subjected to interpretation.”

A month after it was reported that the Republic of Ireland’s Department of Justice was monitoring social media activity that was critical of the Direct Provision system for asylum seekers, the department confirmed it had discontinued this practice.