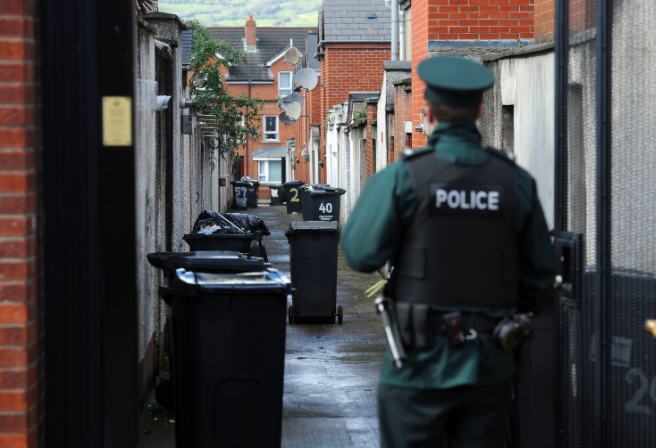 THE Police Service of Northern Ireland (PSNI) and some of the force’s former officers trained the Internal Security Force of Lebanon which has been responsible for serious human rights violations in recent years.

Amnesty International has criticised the delivery of this training on the basis that Lebanese security agencies “continue to commit human rights abuses”.

In addition, Human Rights Watch has said Lebanese authorities “escalated their attacks on free speech” in the months which followed the latest Northern Irish police training of Lebanon’s Internal Security Force and that this period represents the country’s “most drastic deterioration of rights in decades”.

The movement was motivated by long-standing political corruption and an economic crisis, exacerbated by the Covid-19, which led to 55% of Lebanon's people living in poverty and hyperinflation of the country's currency.

Amnesty International has said activists in Lebanon have been charged with crimes, that legitimate complaints of torture by state forces have been ignored and “excessive force” has been used against “largely peaceful protesters” through the use of “live ammunition, tear gas and rubber bullets”.

In addition, there has been a refusal by the Lebanese state to investigate the events of August 4, 2020 at Beirut port when 2,750 tons of ammonium nitrate exploded and killed over 200 people, injured 7,000 and displaced 300,000 – around 4% of the country’s population.

Northern Ireland Co-operation Overseas (NI-CO), a non-for-profit public body owned by Invest NI which in turn is a non-departmental public body under the responsibility of the Department for the Economy (DfE), facilitated Northern Irish police training of Lebanon’s forces.

The Department of Justice (DoJ) and the Policing Board approved this relationship which has been in part funded by the UK Foreign Office, through the cross-departmental Conflict, Stability and Security Fund.

A Foreign Office spokesperson told The Detail it does this “to help professionalise” the Lebanese Internal Security Force and “better manage internal security threats”.

In addition, the PSNI, the Policing Board and the DoJ all maintained they pay attention to the UK Government’s guidance on Overseas Security and Justice Assistance – which references issues relating to human rights and international humanitarian law – when considering police training of international organisations.

However, Northern Ireland’s Amnesty International programme director, Patrick Corrigan, told The Detail: "Important questions need to be asked about the role of the PSNI in training Lebanon’s security forces and the role of NI-CO, a public body.

"We are regularly told by the PSNI that these overseas training programmes are supposed to help ensure human rights-compliant policing, yet it is clear that Lebanese security forces continue to commit human rights abuses and do so in a climate of utter impunity."

Despite all of this, the Foreign Office said the UK Government remains a “long-standing supporter” of Lebanon’s security forces.

The Foreign Office added: “UK support to Lebanese security forces helps to maintain Lebanon’s stability and reduce the threat of terrorism in Lebanon and the wider region.”

Previously, The Detail and Declassified UK reported on how the PSNI provided ‘public order’ training to police in Oman in the lead-up to the Gulf state's recent crackdown on protests which was also funded by the UK Foreign Office. 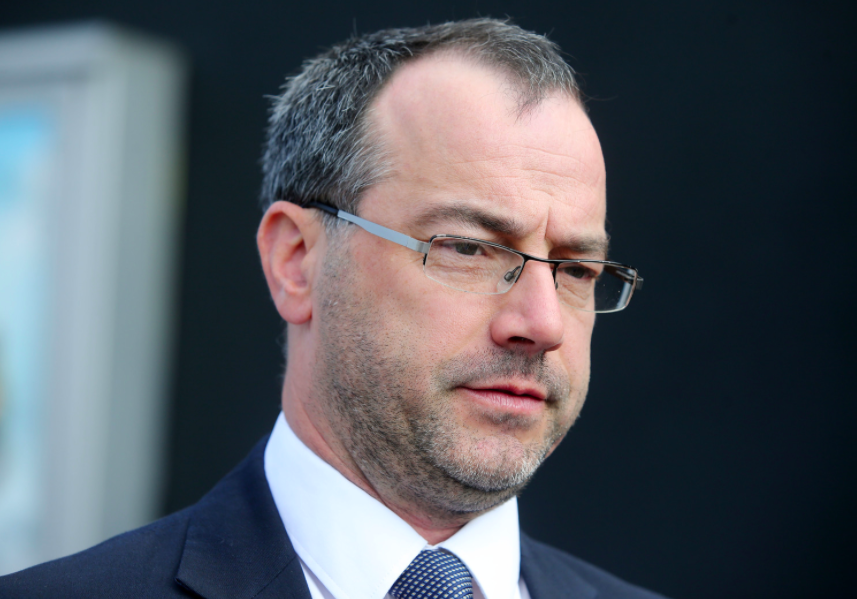 Mr Corrigan said the Lebanon case showed that a "rigorous, independent human rights assessment should be made", prior to the Chief Constable and the Policing Board permitting the PSNI to train overseas security forces.

He added: “The DfE and it’s Assembly Committee must ensure there is sufficient oversight of any agreements struck by NI-CO to deliver training to overseas security forces, whether using serving or former PSNI officers.

“The PSNI should conduct proper due diligence in advance of any decision to deliver training to overseas security forces and then follow-up evaluation to ensure there is an improvement in human rights and policing in that country.”

It has been maintained by the PSNI that no serving officers or current staff members took part in the most recent operation with Lebanon’s Internal Security Force, from March 2019 to July 2019, when former PSNI/RUC officers administered training.

This is despite Policing Board Resources Committee minutes showing that the DoJ had approved a PSNI operation in the Middle Eastern country in March 2019.

An additional set of minutes from a November 2019 meeting of this same Policing Board committee show officials also, “referred members to the secondment evaluation reports that had been received from the PSNI”, one of which related to Lebanon.

We asked the PSNI how all of this didn’t contradict what it had told us, i.e. that the force didn’t provide training to Lebanon’s Internal Security Force at any stage after its August 2018 operation.

The PSNI responded that “although there is a section in the minutes...which stated that there was a visit, this did not take place...NI-CO were given details regarding a change of date and due to short notice, PSNI staff were not able to attend”.

In the five-month project from March 2019-July 2019, when it is accepted that former PSNI/RUC officers provided assistance to Lebanon’s Internal Security Force, NI-CO facilitated the Lebanon side to visit Northern Ireland.

NI-CO told The Detail it was “responsible for the logistics including administration, travel and accommodation for the Internal Security Force delegates”.

In addition, representatives of NI-CO’s ‘Lebanon Study Group’ presented a Lebanon Internal Security Force ‘visit plaque’ to the Policing Board on March 1, 2018 as a “thank you gift for hosting visitors”.

This predates the most recent occasion when the PSNI has worked with the Lebanese Internal Security Force, by five months.

We asked the PSNI to give us details of Lebanon’s Internal Security Force trip to Northern Ireland which led to the Policing Board receiving this plaque, but the PSNI declined to provide us with this information.

The PSNI has also previously refused to release documents relating to this trip following a Freedom of Information (FoI) request.

The PSNI declined to release this documentation on the basis that it “would not jeopardise relations with other states and international organisations” and the service “determined that the release of this information into the public domain could be of interest to terrorists and criminals and could put police officers/staff and Internal Security Force officers at risk”.

Amnesty International’s Mr Corrigan said: "We need full disclosure from the PSNI and NI-CO about their involvement in overseas training of security forces to ensure there is transparency, and scrutiny by the public and our elected representatives, to ensure no Northern Ireland public servants are implicated in human rights violations in other countries.”

The PSNI maintains it has consistently provided “human-rights based training” to international organisations it has engaged with and that “research is carried out” on other countries “to further understand any past and current issues” before authorisation to provide international training is sought from the Policing Board and DoJ which “may ultimately reject the submission”.

We were also told these submissions, which relate to Section 8 of the Police (Northern Ireland) Act, 2000, “must clearly demonstrate the benefits the assistance will provide to the requesting organisation and to the PSNI”.

The Policing Board told The Detail: “The application process (for international training) requires submissions from the PSNI to the board to outline human rights issues and considerations in respect of the project and the support being requested.”

The DfE and Invest NI both declined to comment on the issues raised in this article. Meanwhile, NI-CO said its “role in the Northern Ireland Government” is to facilitate development through international funding programmes.

NI-CO also maintained all of its training programmes are “fully compliant with international human rights standards and are subject to evaluation by the individual donor agency”.