Queen’s University investigating if historical benefactors had links to slavery 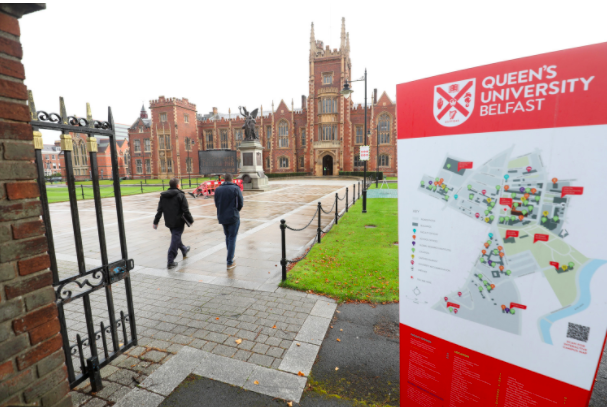 AN investigation is underway at Queen’s University Belfast (QUB) to “examine the background” of the institution’s historical benefactors, to establish whether they had any links to slavery.

The UK abolished slavery in 1833 and QUB said, as it was founded in 1845, “the university does not believe that there is any substantial legacy of links” between it and the global slave trade.

However, a spokesperson said QUB believes “potential links with this abhorrent practice” are “likely to stem from the prior background of historical benefactors” and that its investigation will “confirm if this is the case”.

The Detail has partnered with the Belfast Media Group to produce a series of articles examining historical connections between some of our local institutions and slavery.

We were told QUB’s internal investigation into its past benefactors began in late 2020 and that this work is being carried out by staff from the university's Development and Alumni Relations team.

However, the university said when this does happen, it “will consider what action is required, which may include more specialised research”.

Originally from Jamaica, he said that all sorts of institutions in the UK and Ireland, including educational institutions, “have had very close connections with benefactors who were involved in the enslavement of people”.

Reverend Dr Thompson told us: “Universities that have sought to address this issue are respected because they don’t want to pretend they don’t have any connection.”

The university said this was done following debates arising from the Black Lives Matter movement.

Reverend Dr Thompson referenced Scottish universities that are “looking closely” at their connections with slavery which have “already begun their attempts at repairing what is regarded as a sordid past”.

He also said he hoped QUB’s investigation will “look closely” at its past in such a manner.

The reverend added that while he will await the outcome of the university’s research, which he doesn’t wish to pre-empt, he is “confident that the university will find that it does have some connection” with slavery through its historical benefactors.

A University College London database shows that there were around 100 slave owners in Ireland who were paid compensation by the UK Government, following slavery’s abolition in 1833.

It was only in 2015 that the government fully paid off all of its debts related to abolition.

Reverend Dr Thompson said: “Queen’s will need to at least satisfy themselves that they have done the work to discover who in fact these individuals might be who were benefactors to the university.”

He referenced that long-standing law firms, banks and businesses – with mercantile and shipping interests in Northern Ireland – also need to carry out similar examinations to the one QUB is conducting.

In addition, Reverend Dr Thompson believes that Northern Ireland is behind other neighbouring regions in examining its historical connections to slavery.

He said: “We are over five years into the United Nations International Decade for People of African Descent.

“The Stormont Executive should see that as an opportunity to shine a spotlight on the past, but it surprises me that they have not been quicker in doing so.”