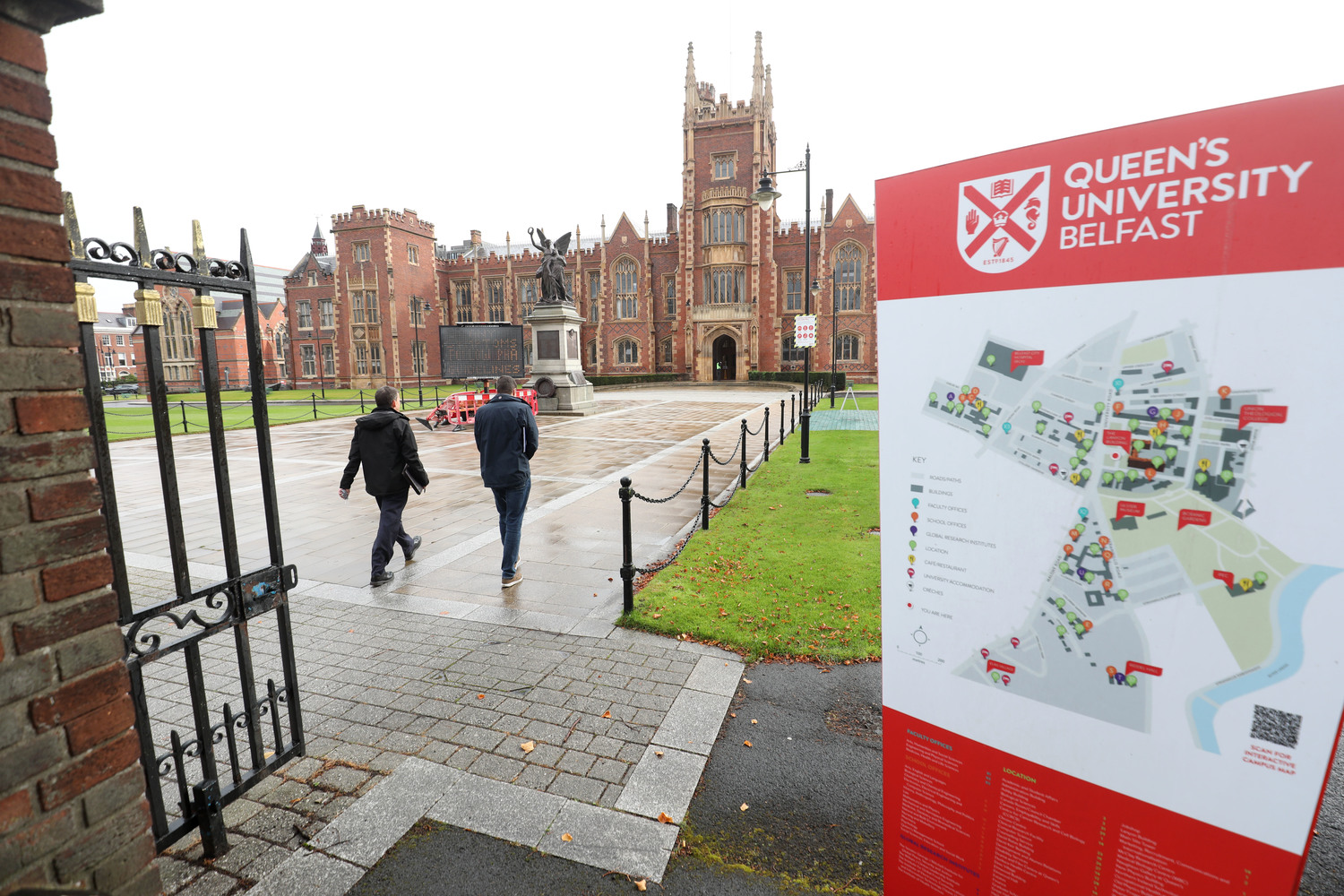 This documentation, seen by The Detail, also shows how the university values just eight international students as having an economic impact equivalent to £1 million.

However, QUB has declined to say if its perception of international students, as having a high economic value, played any role in its chartering of three flights from China during the Covid-19 pandemic.

The latest QUB chartered flight from Beijing took place on January 10, 2021 and carried approximately 150 students back to Northern Ireland at a time of Covid-19 lockdown here.

Tickets cost the students £839 each. QUB, however, refused to say how much this flight cost the university – citing commercial sensitivity.

We can also reveal that QUB officials were considering chartering a further January flight, from New Delhi, India.

In addition, the documentation we’ve seen shows that just before Christmas, QUB officials acknowledged the “important role” played by the university in chartering international flights earlier in the year (September and October), as these helped to retain “fee income” from international students.

The Detail asked the university if a perceived economic importance of international students, for both the university and the Northern Ireland economy, explained the motives behind the Chinese flights being chartered during this pandemic – but QUB’s statement in response to this question did not address this issue.

However, QUB told The Detail that the safety and wellbeing of staff, and students, has been the university’s “first priority”.

A spokesperson added: “The university chose to charter flights for international students in recognition of the difficulty of travelling and limited availability of flights.”

We were also told this enabled students to “travel directly to Belfast rather than transiting through another hub”, allowing for transport of the students “directly to campus to self-isolate”.

In addition, QUB said it “liaised with all relevant authorities and complied with all Civil Aviation Authority regulations, as well as applying more stringent safety measures than were required by the regulations in place at the time”.

The Department for the Economy (DfE), which is responsible for tertiary education in Northern Ireland, echoed these sentiments.

The DfE told The Detail: “QUB arranged to use charter flights to bring students from China direct to Belfast International Airport to avoid transit through London.

“All students were legally entitled to enter the UK and were advised of all the relevant health guidance and measures before arriving in Northern Ireland.”

The Detail asked the DfE if Minister Diane Dodds, or officials from her department, ever expressed views to QUB – on the chartering of the flights from China at various sensitive times during the Covid-19 pandemic.

We also asked, if this did happen, what views were expressed – but the DfE declined to address these issues. QUB also failed to address the specifics of either of these two questions.

It was previously reported that Stormont’s Economy Committee sought guidance from the Department of Health (DoH) on whether the most recent Chinese flight breached any Covid-19 regulations.

However, the DoH told The Detail it is not aware of any correspondence from the Economy Committee on this matter.

In addition, The Detail was told by QUB that it could not make a comparison between the economic impact of its Northern Irish students and its international ones.

QUB continued: “The bulk of tuition fees are used to cover the costs of delivering a world-class education in a research intensive environment. Any surplus is reinvested to further augment the student experience.”

This April documentation also highlights how this situation led to QUB viewing universities in Great Britain as being in a competitive position to offer Northern Irish students places to “mitigate losses from international students” due to Covid-19 and that this would “impact negatively on the economy and the universities in Northern Ireland for years to come”.

However, despite these acknowledged pressures, QUB documentation from December 2020 shows there were over 3,900 new first-year undergraduate students from either Northern Ireland or the European Union at the university at the end of October 2020 – almost 650 students ahead of the university's initial target.

The number from the European Union, mostly consisting of students from the Republic of Ireland, grew by 33% (to 334).

Not included in this maximum student number (MaSN) figure are the number of new first-year undergraduates from Great Britain, which rose by 36.5% (to 179) from the previous year.

Students from Great Britain pay £9,250 per year, while students from the European Union pay £4,530 – the same as Northern Ireland students.

The documentation does not show the number of new first-year QUB undergraduate students who came from Asia this academic year, nor how this number compared with the previous year.

Despite being asked, QUB did not provide us with this information.

The documentation references concerns about QUB’s capacity to attract international students. It attributes this as being, in part, due to the university not being able to guarantee face-to-face teaching because of Covid-19 restrictions.

In September 2020, the University and College Union (UCU) launched a dispute with QUB over the amount of face-to-face teaching that was going on at the university.

At that time, the UCU’s QUB branch stated "staff should continue to work from home and that teaching should be conducted online unless there are genuine pedagogical reasons for in person sessions”.

Since then, all but essential face-to-face teaching has gone online – meaning the previous tension between the union and the university has largely dissipated.

The Detail asked QUB if concerns over its ability to attract and retain fees, from international students, fuelled an effort for as much face-to-face teaching as possible at the beginning of this academic year.

However, QUB did not clarify this issue in the statement it provided.

We were, though, told the university “remains committed” to face-to-face teaching “when it is able to do so safely and within the context of existing public health restrictions”.

The DfE stated that it had no “remit to intervene” or give direction to QUB with regards to face-to-face teaching policy in light of Covid-19.

In addition, QUB declined to confirm whether or not Minister Dodds, or other DfE officials, ever expressed a stance or view, to QUB, on face-to-face teaching – and if this did happen, how it varied throughout the pandemic.

However, QUB said: “The university has taken decisions throughout the pandemic in the best interests of students including, for example, the decision to pause accommodation contracts when public health restrictions meant that many students were asked to study from home.

“The university remains confident in the safety measures that it has in place across the campus to ensure that it is a safe place to live, work and study for all members of the QUB community.”