Thousands of cross-border trips made for AIL rugby 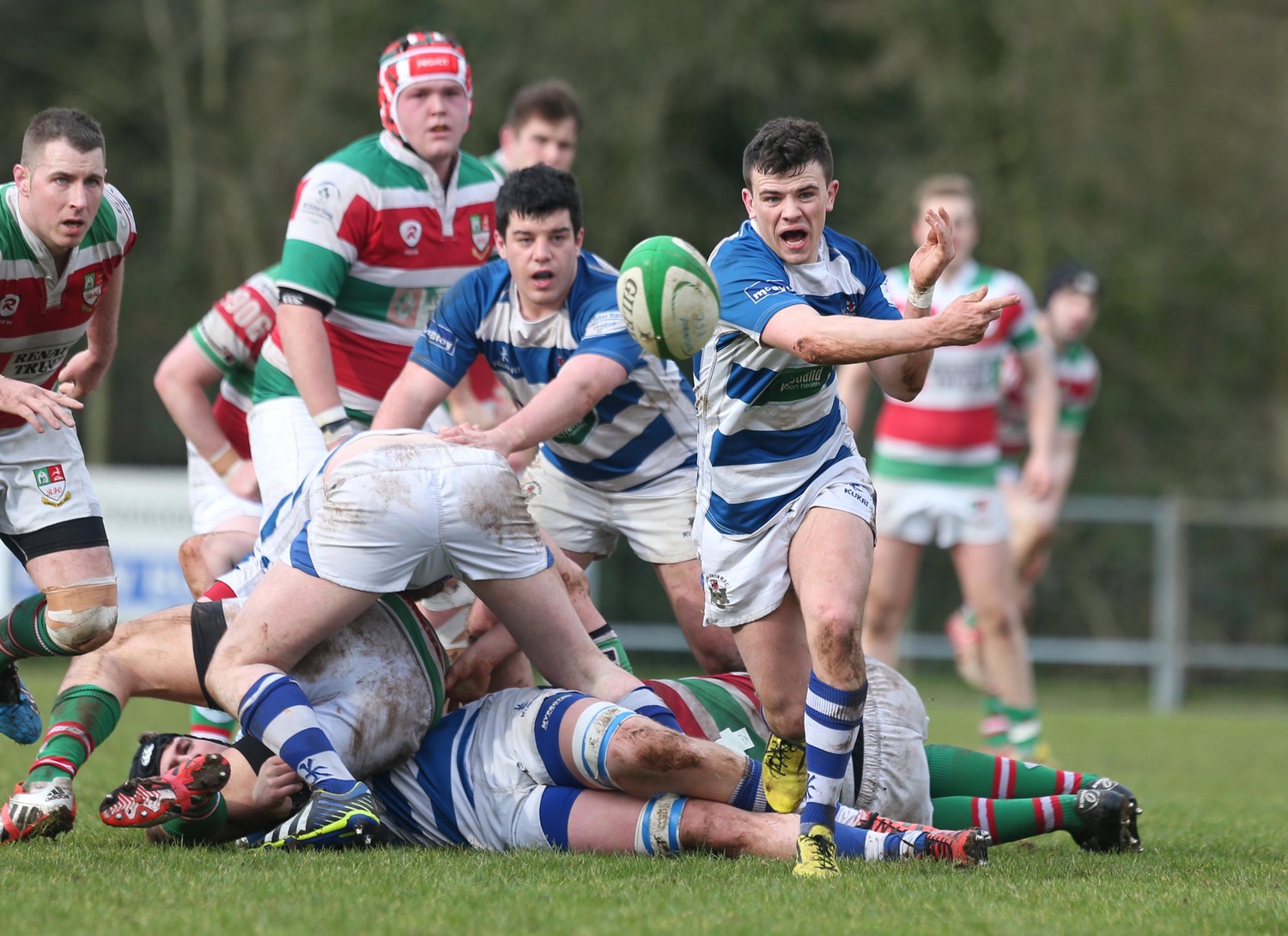 Dungannon vs Sunday's Well, from Cork, playing in the AIL. Photo by Matt Mackey, Press Eye.

The Good Friday Agreement was signed 24 years ago this week, relationships north-south and east-west are evolving and changing. In this context, what are the issues that are relevant and to be considered as we think of our future? The Detail is publishing a series of articles which will explore daily cross-border activity on the island of Ireland. The former editor of the Impartial Reporter newspaper, Denzil McDaniel, introduced the series while below, in the third of our stories, Rory Winters looks at the impact of rugby's All-Ireland League on improving and enriching people's lives on a cross-border basis through amateur sport.

IN the 24 years since the Good Friday Agreement was signed, Ireland’s top amateur club rugby teams have crossed the border roughly 4,000 times to play matches in the All-Ireland League (AIL).

The AIL consists of the island’s 50 best men’s club rugby sides. At present, 12 of these teams are from north of the border.

By the time the 2021/2022 season ends in a number of weeks, these 50 teams will have made a combined total of around 180 cross-border journeys for AIL fixtures alone.

That’s squads of 20 players plus coaches, kitmen, physios, supporters, family members and alickadoos making these trips across the border to play and watch amateur rugby.

Such travel has led to thousands of people eating, drinking and socialising in corners of Ireland which they may have otherwise never visited, were it not for the AIL.

With its inaugural season in 1990/1991, cross-border relationships forged in the early years of the peace process – due to the AIL – were further fortified in the decades which followed the signing of the Good Friday Agreement, in part facilitated as a consequence of the stability brought by the deal.

The women’s AIL has also been in operation for over 10 years. It too accounts for a significant amount of cross-border travel.

While the women’s AIL is limited to just one division, unlike the men’s competition which has five leagues, the principle of all-island based play remains the same with Belfast clubs – Malone and Cooke – having to travel to Galway, Cork and Dublin for matches. 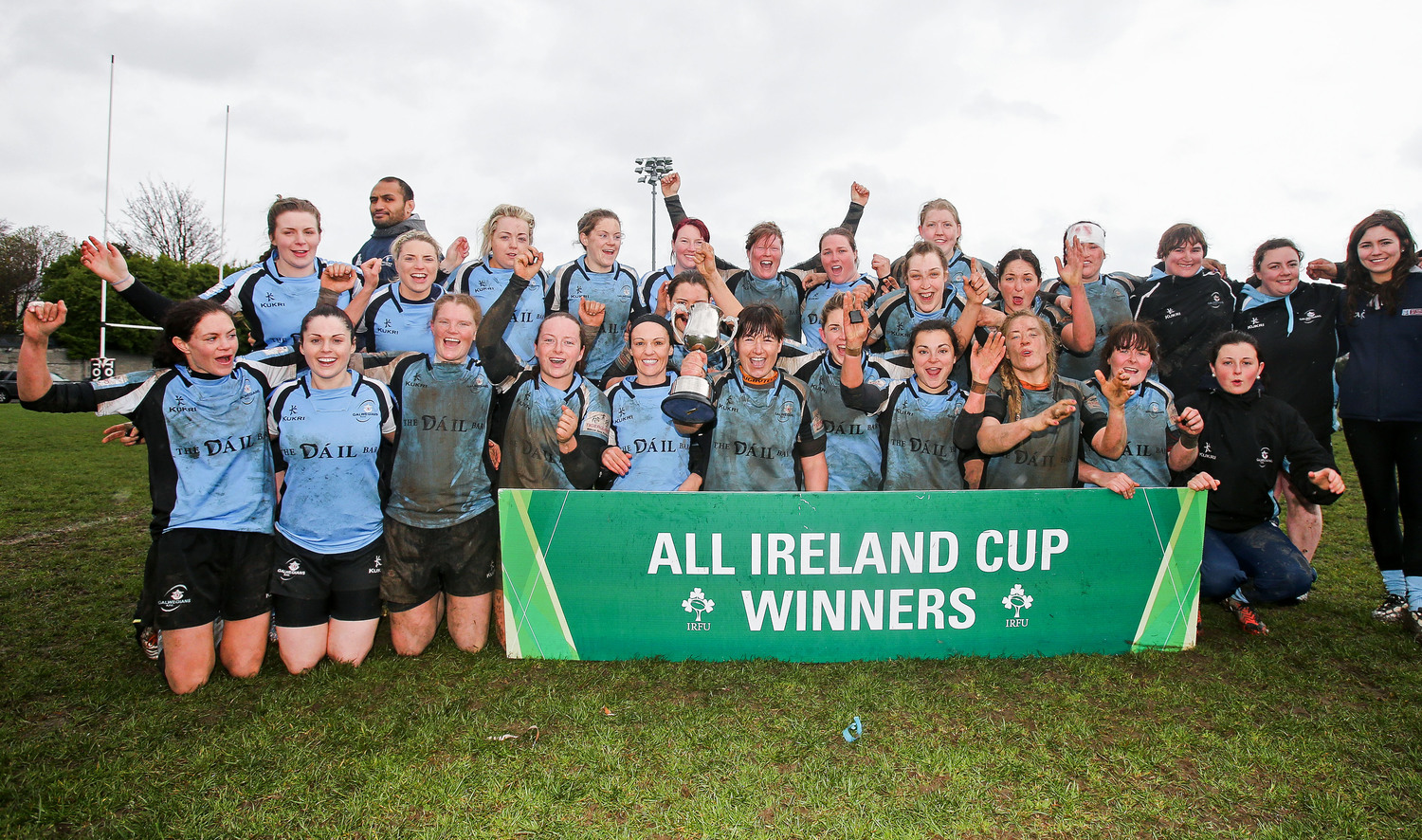 In addition, the fact that the junior leagues below the AIL level, of both male and female club rugby in Ulster, are structured on a nine-county – rather than a six-county – basis also leads to plenty of cross-border travel.

Clubs in Donegal and Cavan make regular excursions for matches on the other side of the border.

Meanwhile, the Tokyo Olympics provided recent evidence for how men and women from the north and south compete in and represent the whole island of Ireland in sport.

Major associations in other sports as well as rugby – such as boxing, cycling, rowing, athletics and golf – all operate on an all-island basis, and the GAA’s organisation is predicated upon its 32-county structure.

Former Ireland rugby captain, Brian O’Driscoll, presented a 2018 documentary, called Shoulder to Shoulder, which looked at how the Irish international rugby team continued to exist, on an all-island basis, throughout the duration of the Troubles.

The documentary includes an interview with another former Ireland captain, Donal Lenihan, whose grandfather had strong republican credentials.

The Corkman spoke about the bonds he forged with Ulstermen Jimmy McCoy and Brian McCall who, at the time of playing alongside him for Ireland at the height of the Troubles, were in the RUC and British Army respectively.

It also includes an interview with former Ulster and Irish centre, Dr David Irwin, who recounted the 1987 Provisional IRA bomb which killed Lord Justice Maurice Gibson and his wife, Lady Cecily, who were travelling in a car in front of the doctor and his teammates Nigel Carr and Philip Rainey.

The men were on their way to Dublin for Irish training in the weeks before the first Rugby World Cup. All the rugby players survived the bomb, but Nigel Carr would not play international rugby again because of the injuries he sustained.

Shoulder to Shoulder highlighted how, despite this backdrop of conflict which directly impacted those who played on the team, rugby continued to operate on an all-island basis.

It also showed how this structure challenged people’s attitudes and enriched the lives of those who played and followed the Irish team on both sides of the border. The same has been true at club level as a result of the AIL.

“We couldn’t wait to stay overnight in the north” 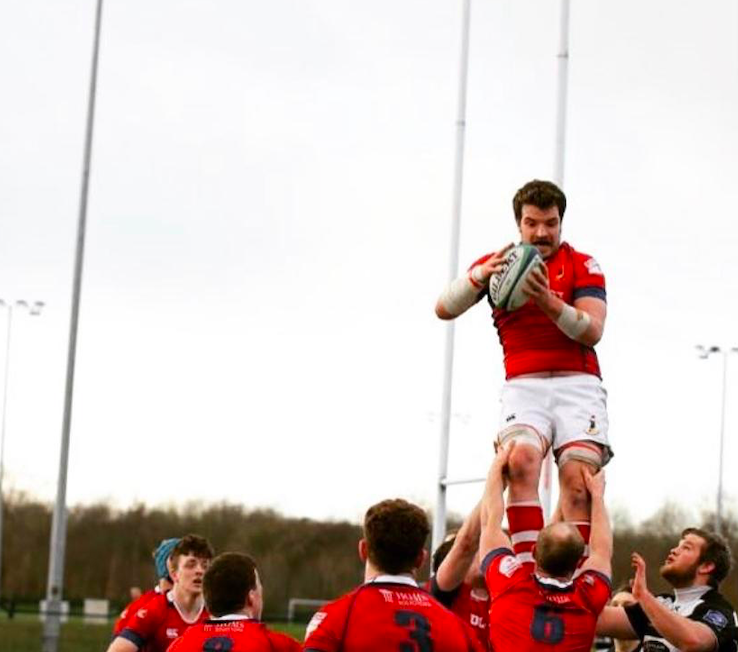 In the men’s AIL, the six-hour drive between City of Derry and Midleton rugby clubs, which are both currently in Division 2C of the competition, is not unique. This means overnight stays on Fridays and even Saturdays post-match, are regular occurrences.

“Through playing in 1A, 1B and 2A (AIL divisions), I have had at least one trip north of the border, but often two or three, each year and I pretty much wouldn’t have crossed the border without the AIL,” said Daragh Frawley, aged 32, from Limerick City.

He and two friends, Maurice Hartery and Ger Burke, run the AIL podcast, the Club Scene, which is now in its fourth season. The group held the podcast’s “first ever cross-border live show” in Ballynahinch rugby club last Saturday.

The event was a big success for the group, with former Ulster captain, Andy Ward, in attendance who, according to Daragh, "stole the show".

Formerly a second-row, Daragh has only recently retired from an AIL career in which he played for University of Limerick Bohemians (UL Bohs) for about 10 years and St Mary’s in Dublin for two years, while he was studying in the capital.

His first trips north, in his early years of playing AIL, were made with a degree of trepidation. Daragh said: “I remember in 2008/2009 taking a few wrong turns in Belfast when we were on our way to play, I think, Ballymena.

“This is after a few of the older guys who played in the 90s were saying not to be going into certain neighbourhoods with southern registration plates and we’re thinking ‘Jesus Christ what have we got ourselves into’.”

However, as time passed, his attitude changed. Daragh said: “By about 2013/2014, I knew guys I’d played against in previous years. You despise each other on the pitch, but it’s the opposite off it.”

Daragh recalled one occasion playing against Dungannon on one of his first trips north of the border. “It was a red-hot atmosphere going into the ground,” he said.

“The photographers were getting mouthy with us in the warm-up and everything.” However, after the match which UL Bohs won, Daragh was struck by “just how hospitable people in the clubhouse were”.

He said: “Whether it was Eden Park in Ballymena or Deramore Park in Belfast or any of the clubs in the north – I could name all of the grounds and I wouldn’t have a bad word to say about any of them, off the pitch. On the pitch I’d have plenty of bad words!”

Rugby in Ulster has, traditionally, been more closely associated with the Protestant community. Daragh, as a “non-practising” Irish Catholic, said: “You think you’re coming into, effectively, a war-zone based on what you’ve heard about the Troubles.

“I would have gone up north at the start with a certain opinion, but that opinion has 100% changed. I would have thought that these people, because of my religious background, might not like me and vice-versa, but that couldn’t be further from the truth.”

Daragh said he now has friends in Ulster, from playing rugby there so regularly, who he keeps in touch with.

“Over time, we couldn’t wait to stay overnight in the north with UL Bohs, to go and have a few pints in Belfast or wherever it was,” Daragh said. “As the years went on, I looked forward to the trips more and more.” 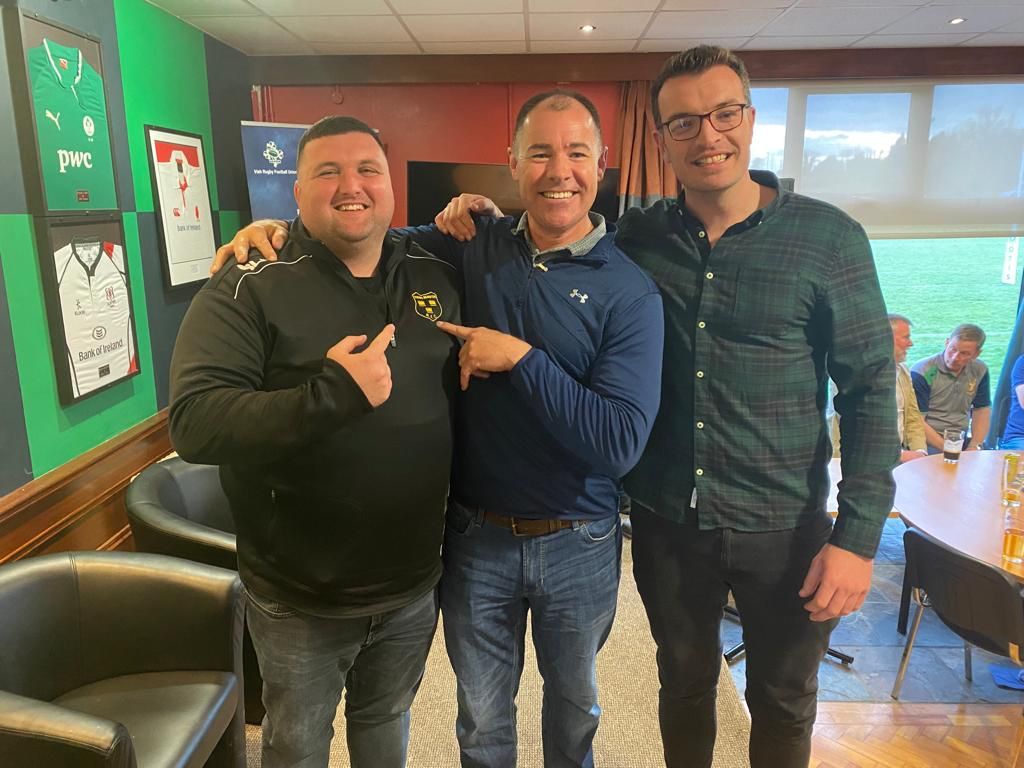 Ger Burke, Andy Ward and Daragh Frawley in Ballynahinch RFC for a live episode of the Club Scene podcast.

“I didn’t realise I’d grown up in a bubble”

Mark McGrath is a 36-year-old prop who has been involved with the Belfast Harlequins senior squad for around 15 years. He said: “Those away trips around Ireland are what grow you as a person and make you stronger in your relationships with your teammates.

“Even if you're just getting back on the bus and heading up north, without staying down on the Saturday after the match, that’s still quality time you would never get to spend if you just played up north.

“I’ll go on trips down south now and guys I played against 10 years ago are now alickadoos in the various clubs, and they’ll come up and say hello and I’ll have a pint with them in the bar afterwards.

“Any time our team goes down anywhere and the alickadoos come down with us, the reason they do that is because of the friendships they have in those towns from when they played against those people and every time they go down they then see those people.

“It’s a whole wide social circle of people, personalities and viewpoints you would just never have or see without the AIL.”

Belfast Harlequins have been a regular fixture in the AIL since the club was founded, following the amalgamation of two traditional, senior Belfast sides – Collegians and North – in 1998. Mark and his father, Bernie, run the club’s bar and catering facilities.

While Mark is Belfast “born and bred”, his mum is English and dad is Scottish which he said has shaped his identity. 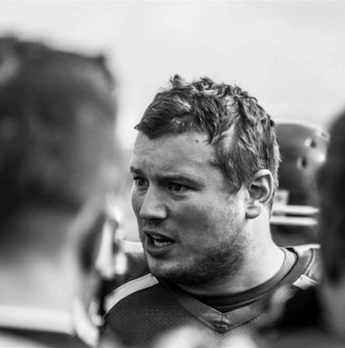 He added: “My roots aren’t as ingrained in Northern Ireland as a lot of my friends', from when I was growing up, are.

“My family connection is all with Britain, because of where my parents are from, but the way I was raised – with my dad coming over here for work during the Troubles – was to be politically neutral."

Mark added that while his parents are both from church-going backgrounds, he was not brought up to be religious.

"I never really got the Catholic/Protestant hate growing up. Intellectually I understand it, but it has never really affected my life,” Mark said.

However, he also believes that getting to play AIL matches, all over the island, has reinforced the open-minded values he was raised with.

Mark said: “Even though those values were already there from my parents, it wasn’t until I left school and had so much cross-border travel through rugby that I fully realised how many similarities there are between people north and south.

“The travel across the border has definitely made me aware, even without necessarily realising it at the time, that everyone has the same problems – the same wins and the same losses.

“Everyone looks for the same outcomes in life in the grand scheme of things. Without AIL rugby, I also wouldn’t have crossed the border anywhere near as much or seen half as much of the country as I’ve been privileged to see.”

Receive The Detail story alerts by email
“There are no borders in nature”: climate change resistance on the island of Ireland
Lyra McKee murder and Loughinisland journalists’ arrests place UK below Israel in new global freedom of expression index