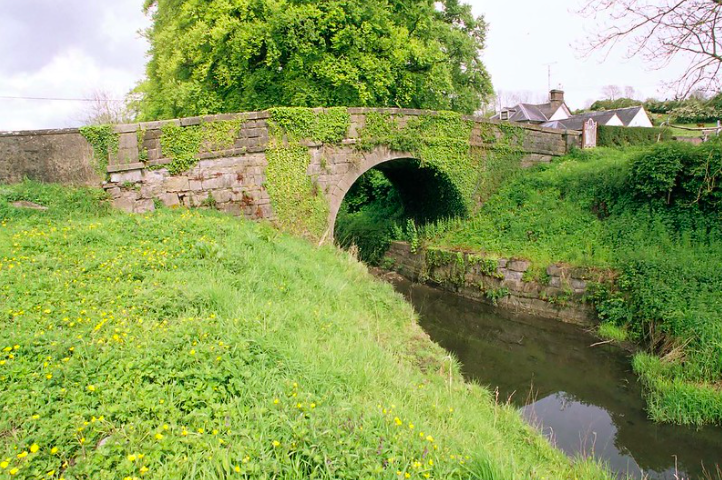 Teehill Bridge on the Ulster Canal.

The Good Friday Agreement was signed 24 years ago this week, relationships north-south and east-west are evolving and changing. In this context, what are the issues that are relevant and to be considered as we think of our future? The Detail is publishing a series of articles which will explore daily cross-border activity on the island of Ireland. The former editor of the Impartial Reporter newspaper, Denzil McDaniel, introduced the series while below, in the fifth of our stories, Rory Winters looks at how the island's waterways are managed on an all-island basis.

THE cross-border outlook of Waterways Ireland has eased the process of restoring the Ulster Canal, according to the man overseeing the project’s technical operations.

“I have no doubt that there would be added complexities in attempting to deliver the Ulster Canal were it not for Waterways Ireland managing all of the island’s waterways,” Joe McMahon, an engineer and the director of technical services in Waterways Ireland, told The Detail.

Mr Martin’s announcement came, in April 2021, when it was confirmed that the republic’s Department of Rural and Community Development would match the €6m funding which his Shared Island Unit committed to providing the project in December 2020.

This meant the €12m Waterways Ireland required to advance the second phase of the Ulster Canal’s restoration had been secured.

Dating back to the mid-19th century, the Ulster Canal formed a strategic link between the waterways of Ireland but, by the 1930s, a drop in its usage for commercial purposes saw the abandonment of the canal which then led to its deterioration.

However, the hope is that its restoration will bring about a rise in tourists seeking water-based recreational activity and, in the process, connect the people from the rural towns and villages in counties Fermanagh, Cavan and Monaghan – where the proposed 13.5km canal restoration project runs through.

The route of the old Ulster Canal, beyond Clones, additionally runs through counties Armagh and Tyrone.

The North South Ministerial Council, which was established following the signing of the Good Friday Agreement in 1998, first granted Waterways Ireland permission to look into the restoration of the Ulster Canal in 2007.

With input from both the northern and southern governments in Ireland, the North South Ministerial Council decided to create “at least six cross-border implementation bodies”. One of these was Waterways Ireland.

Mr McMahon said: “It makes sense for our waterways to be managed on an all-island basis. The proof is in the pudding.

“If there hadn’t been a train of thought back when we were formed, following the Good Friday Agreement, that there was benefit to be gained from this it probably wouldn’t have happened.

“There was consensus there that our navigations flow across the border, the Ulster Canal being a perfect example, so having an authority to do that and deliver on that was very important and beneficial.”

Phase one of the restoration stretches for 2.5km from Quivvy Lough, in County Fermanagh, to Castle Saunderson in County Cavan. It was completed in 2019 and cost a little over €3m.

The second phase, which is now being progressed thanks to the Irish Government funding, focuses on Monaghan – from Clones to Clonfad. Mr McMahon is hopeful that this phase will be completed by the end of 2023.

“There remains a third, 10km-long phase which connects Castle Saunderson on the River Finn to Clonfad,” he said.

Waterways Ireland also secured significant funding for research into progressing this third phase which Mr McMahon said will cross the border “at four or five locations”. 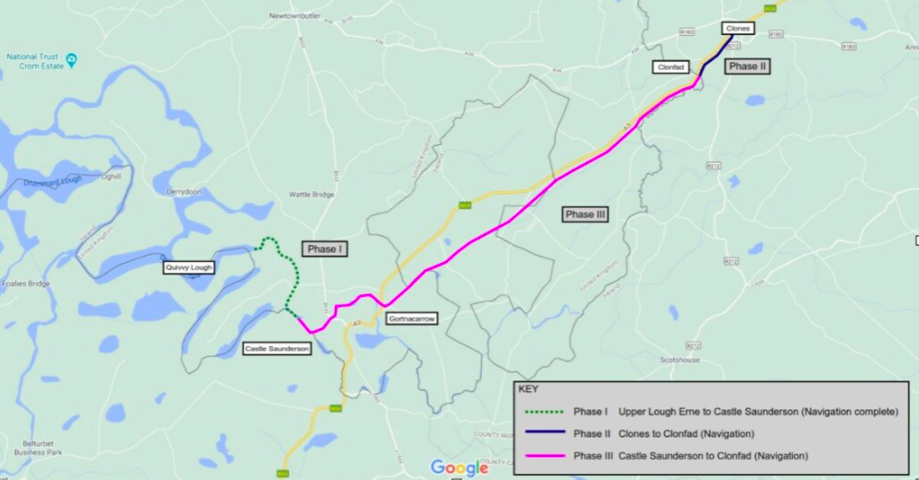 Waterways Ireland is split into three regions; the northern, eastern and western. Joe Gillespie is the manager of the organisation’s northern region, the only one of the three which crosses the border.

He has worked for Waterways Ireland ever since its foundation post-Good Friday Agreement.

Mr Gillespie told The Detail: “Waterways ignore borders. The Rio Grande doesn’t know that the USA is on one side and Mexico is on the other side, and the same applies in Ireland.

Mr Gillespie also referenced how Waterways Ireland has people from both the north and the republic “working for a common purpose”.

He said: “It’s not political and that’s what’s nice about it. We have people coming to us from a broad spectrum of locations like County Down, the shores of Lough Neagh and the Lower Bann – from all sides of the community – working successfully towards the objectives of Waterways Ireland.

“I wouldn’t want to say we’ve changed the world, but we believe in terms of managing Ireland’s inland waterways we do it efficiently to the best of our ability.

“We have established quite a good reputation with the heritage and environmental agencies north and south, and we work closely with those because that’s critical.”

In addition, Mr Gillespie said that Waterways Ireland works with the Northern Ireland and Republic of Ireland tourism bodies as the water is a great source of activity; for boating, canoeing and walking alongside.

He added: “There are benefits to the way we span regions. There are many local authorities along the Shannon and there are many along the waterways in Northern Ireland as well. We bring the lessons that we’ve learned from one and apply them to the next.” 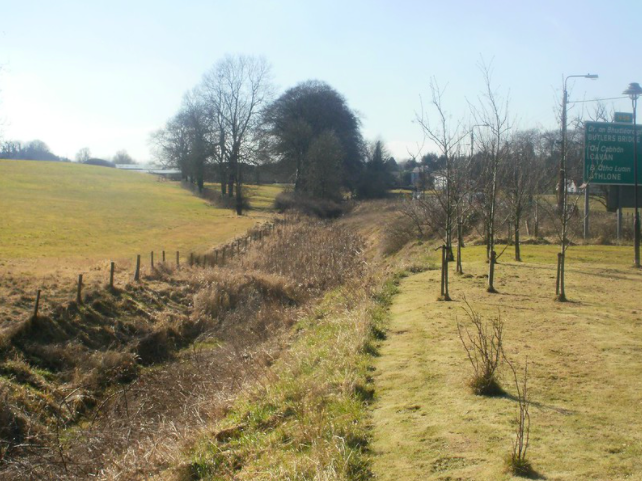 A section of the Ulster Canal which is set to be restored.

The restoration of the Shannon-Erne Waterway began in 1991. The EU, the UK and Irish governments, and the International Fund for Ireland banded together to fund the £32m project.

Barring the Ulster Canal, which is currently undergoing its restoration, the Shannon-Erne is the only one of the seven major waterways in Ireland, which are managed by Waterways Ireland, which crosses the border.

“What the Shannon-Erne demonstrated in the 1990s, was that people could coordinate and work in a joint fashion on the management of waterways.

“It physically brought a connection between people north and south. It enabled people in one jurisdiction to tiptoe along the waterways, cross the border, and then see what the other guy was like.”

He added: “There were many in the south at that time, during the development of peace, who were very much absent from the north and they began to think ‘I must go and see what the Giant’s Causeway is like’. That happened with the Shannon-Erne Waterway too.

The Shannon-Erne Waterway restoration project was completed in 1994, four years before the signing of the Good Friday Agreement.

The Centre for Cross Border Studies, which produces research into the benefits of north-south co-operation, published analysis – in anticipation of the Ulster Canal being restored – which looked at the successes of the Shannon-Erne restoration.

When it conducted the research, the organisation found: “The number of boating tourists is about 15,000 per season which in economic terms is worth about €14.5m and has generated some 3,000 sustainable jobs.

“Ballinamore, being one of the urban thoroughfares on the canal (Shannon-Erne), has benefited significantly from this economic spin off.

“Prior to the opening of the canal, Ballinamore – like many small urban centres in the border region – was suffering from population haemorrhage and lack of any significant capital investment.

The hope for Waterways Ireland, and other groups invested in making the Ulster Canal restoration a success, is that local communities will experience similar economic boosts to what Ballinamore has seen since the Shannon-Erne restoration.

In addition, Waterways Ireland's northern manager, Joe Gillespie, referenced how the Shannon-Erne project led to the relevant public bodies in both the northern and southern jurisdictions having to “come together to talk, to make arrangements and then make plans become operational”.

He said: “More and more both sides were coming together. It wasn’t a huge leap to then come to the next step which was to say ‘why don’t you work as one and move forward on that basis’.”

Meanwhile, Joe McMahon – who is in charge of the technical operations relating to the Ulster Canal’s restoration – told us: “The Shannon-Erne showed that it was possible and it could be done, but I have no doubt when you have a single entity, like Waterways Ireland, it’s made easier.”